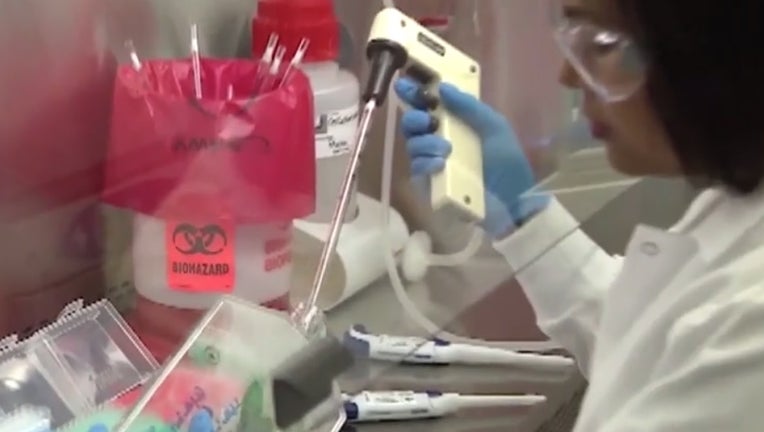 TALLAHASSEE, Fla. (NSF) - A top Florida Department of Health official said Saturday that three laboratories in the state can now test for the novel coronavirus, the contagious disease known as COVID-19.

Deputy Secretary of Health Shamarial Roberson told The News Service of Florida that state laboratories in Jacksonville, Miami and Tampa can conduct tests instead of sending samples to federal Centers for Disease Control and Prevention labs in Atlanta.

“It is good news,” Roberson said, adding, “it leads to more timely testing.”

Before the state was able to conduct the tests, it would take three to five days for results. But now, it will take one to two days, according to Roberson.

The announcement that Florida has started conducting its own testing came hours after Washington Gov. Jay Inslee said in a statement that a King County, Wash., resident had died from COVID-19. It was the first confirmed death in the U.S. from the virus.

Florida has not had any confirmed cases of COVID-19. State Surgeon General Scott Rivkees, who is secretary of the Department of Health, announced Friday that the agency was monitoring 150 people for COVID-19 and that 15 people had tested negative for the deadly virus. Another four people, Rivkees said, were still under investigation.

In addition to Florida conducting its own testing, Roberson said the state has revised guidelines about which residents should be tested for COVID-19. The new guidelines are based on federal recommendations and include testing people who fall into two main categories.

The first group includes people who have recently traveled to and from China, South Korea, Iran, Italy and Japan and have fever and acute upper respiratory infections. Testing also is recommended for people who have been in close contact with someone who has tested positive for COVID-19 and are suffering from the symptoms.

In addition to those groups, Roberson said the Department of Health is recommending COVID-19 testing for people who have been hospitalized with fevers and acute upper respiratory infections but who have tested negative for influenza.

Roberson said people who fall into those categories and want to be tested should first call county health departments, which are charged with collecting samples. The collections are done by swabbing people’s noses or throats. County health department telephone numbers can be obtained from the state Department of Health website.

The coronavirus and its rapid spread from Wuhan, China --- where it was first reported on Dec. 31--- to another 51 countries has garnered widespread attention. No vaccine exists for the virus, and federal health officials say a vaccine won’t be ready for another year to 18 months.

The Washington state resident who died had not been previously confirmed to have COVID-19, according to officials. Moreover, officials believe the virus was spread through the community and not from travel. Inslee has declared a public health emergency.

As of Friday, the World Health Organization reported 83,652 confirmed cases of the virus. Most of those cases, 78,961, were in China, where nearly 2,800 people had died.