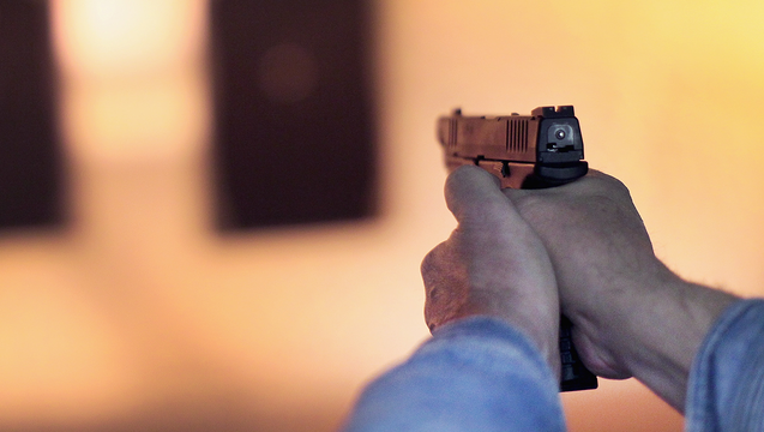 A marksman sights in on a target during a class he was taking to qualify for an Illinois concealed carry permit on February 14, 2014. (Photo by Scott Olson/Getty Images)

FOX NEWS - In a case filed in the aftermath of last year’s mass shooting at Marjory Stoneman Douglas High School, a circuit judge is poised to hear arguments about the constitutionality of a state law that imposes tough penalties on local officials if they approve gun regulations.

Florida since 1987 has barred cities and counties from passing regulations that are stricter than state firearms laws. But in 2011, lawmakers went further by approving a series of penalties that local governments and officials can face if they violate the prohibition.

Leon County Circuit Judge Charles Dodson is scheduled Friday to hear arguments in a challenge by cities and counties to the constitutionality of the penalties. The case has drawn briefs from gun-control groups and the National Rifle Association, which is supporting the state’s defense of the penalties.

In a motion for summary judgment filed in February, attorneys for the cities and counties contended that the penalties are unconstitutional in a number of ways, including violating separation of powers and free-speech rights. The case focuses mostly on the penalties, though it also raises arguments about vagueness of the underlying law that bars cities and counties from passing gun regulations --- what is known as a “preemption” law.

“The penalty provisions are purportedly intended to ‘deter and prevent’ violations of the preemption law, but the penalty provisions are so harsh and the preemption law so vague that they preclude local governments and elected officials from taking any action that is even remotely related to firearms or that might conceivably or arguably be interpreted or misconstrued as preempted,” the motion said.

Lawyers for Gov. Ron DeSantis and Attorney General Ashley Moody’s office also have filed motions for summary judgment, contending that Dodson should uphold the constitutionality of the penalties. DeSantis’ lawyers wrote that the Legislature approved the penalties in 2011 to strengthen the preemption law “after abuse and intentional ignorance by local municipalities.”

“(It) is a bedrock principle of American constitutional law that local governments have no legal authority to defy the will of their creator: the state,” the National Rifle Association argued in a March brief. “Local governments are creatures of the state subject to whatever limitations on their power that the state sees fit to impose consistent with the federal or Florida Constitution, and here, the state has seen fit to penalize local usurpation of the Legislature’s sovereign power.”

The case was filed last year after a gunman killed 17 students and faculty members at Marjory Stoneman Douglas High School in Parkland. The mass shooting, along with other incidents such as the 2016 massacre at Pulse nightclub in Orlando, helped refuel calls by gun-control supporters for tougher firearms restrictions.

The plaintiffs' motion for summary judgment said 30 municipalities, three counties and more than 70 elected local officials are taking part in the case.

After hearing arguments Friday, Dodson is giving both sides until June 13 to file proposed orders, according to court documents. If he ultimately grants summary judgment for either side, it could short-circuit the need for holding a full trial in the case.

The 2011 changes included a variety of penalties against local governments and officials if they violate the prohibition on passing gun regulations. For example, local officials can face fines up to $5,000 and potential removal from office. Also, members of the public and organizations could receive damages up to $100,000 and attorney fees if they successfully sue local governments for violations.

Attorneys for the cities and counties wrote in February that local governments have been urged to take actions such as requiring procedures or documentation to ensure compliance with background checks and waiting periods for gun purchases and requiring reporting of failed background checks. But the attorneys said local governments have refrained from going ahead with the proposals because of the “severe chilling effect” of the preemption law and penalties.

In part, the case contends that the preemption and penalties infringe on First Amendment rights.

“By both incentivizing ideological lawsuits and imposing severe penalties on local elected officials and governments, the statute intimidates officials, preventing them from passing even constituent-supported ordinances they generally believe are not preempted,” the February motion said. “The chilling effect of local officials’ abilities to do their job has cascading, adverse effects on plaintiffs’ speech, association, petition and instruction rights.”

“The statute solely penalizes officials for taking official action preempted by the statute, leaving intact citizens’ rights to discuss and promote whatever proposals they prefer,” the attorney general’s office argued in its motion for summary judgment. “The statute, moreover, encourages local officials to hear their constituents’ concerns and promote them at the state level.”