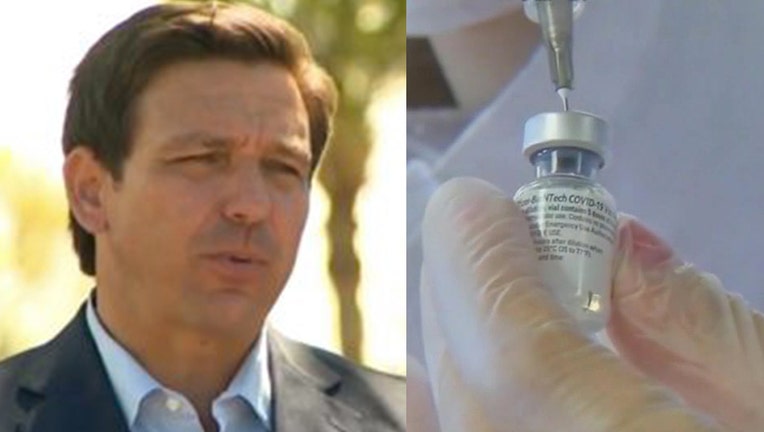 TALLAHASSEE, Fla. - Now that Florida is making coronavirus shots available to people age 40 and up, Republican Gov. Ron DeSantis said Wednesday he’s going to get his vaccine this week.

DeSantis, 42, will join about 6 million people in Florida who have already received at least the first dose of a vaccine. The state has a population of 21.5 million people. He didn’t give details about when or where he’ll get his shot.

"I’m not sure we’re going to do it on camera, we’ll see. If you guys want a gun show, maybe we can do it, but probably better off not," DeSantis said at a news conference. "We will let you know when I get the jab."

Florida will open vaccines to anyone who wants them beginning Monday.

Overall, Florida has had nearly 2.1 million confirmed cases of coronavirus resulting in about 34,000 deaths.