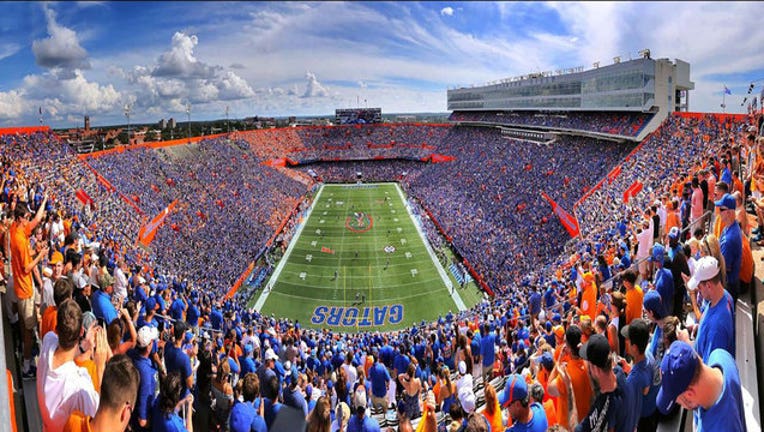 No. 3 Florida is having trouble selling out its home opener against South Carolina, even with just 17,000 tickets available.

Coach Dan Mullen pleaded multiple times this week, on calls with reporters and via social media, for fans to show up for Saturday’s game against the Gamecocks in the Swamp.

About 3,000 tickets remained Wednesday afternoon. Those still unsold by Thursday evening will be made available to students. Only 2,000 tickets were earmarked for students during a season drastically altered because of the coronavirus pandemic.

“I think people just don’t know,” Mullen said on the Southeastern Conference coaches call. “So just trying to get the word out that they know. Just call the ticket office.”

In accordance with campus guidelines, nose and mouth coverings will be required for all fans throughout the entire game unless eating or drinking. Tailgating also will be banned on campus, and most pregame rituals have been temporarily shuttered.

Florida gave its big-money boosters purchasing priority, with those given preference having to buy tickets in groups. That left mid- and lower-level boosters without access to the initial offering.

“I don’t know what it is,” Mullen said. “(My wife) Megan comes to me and says people are coming up to her in the community and being like, ‘This is the first Gator game I’ll ever miss. It’s terrible because I wasn’t on the right number on the list to get tickets.’

“When they did the initial deal, I think ... people look and say, ‘Hey, they sent it out and I wasn’t on the list to be able to get the original tickets to order them.’ Not everybody that had the opportunity to do that did that. So there are some tickets available. I don’t think people know.”