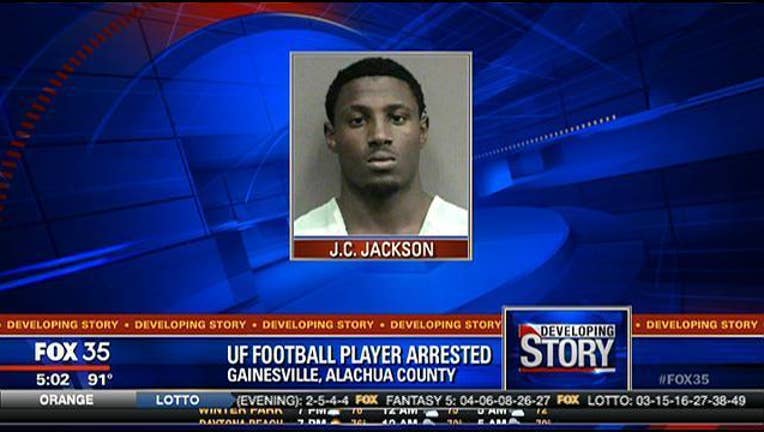 GAINESVILLE, Fla. (AP) - A University of Florida redshirt freshman football player faces charges after a robbery at a Gainesville apartment.

Police say Jackson left but the others stayed. One allegedly pulled out a gun, and police say they took two video game consoles and $382 from the apartment's three residents.

Jackson was booked into the Alachua County jail Sunday on a charge of robbery with a firearm. He was held on $150,000 bond. Jail records didn't show whether he had an attorney.

Florida coach Jim McElwain tells The Gainesville Sun (http://bit.ly/1DA7NIf ) that Jackson's situation is "being handled accordingly due to the severity of his actions."