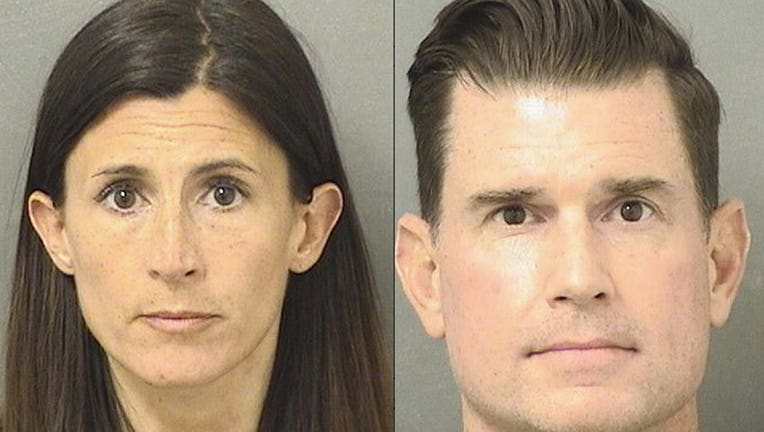 A Florida couple has been charged with child abuse after they allegedly forced their 13-year-old adopted son to live in an 8’x8’ box located in their garage, officials said.

Jupiter police have placed Tracy and Timothy Ferriter into custody after investigators said the child was forced to live in the structure with a mattress and a bucket since 2017-- when the child was first adopted, the New York Post report. A deadbolt and a light switch were installed on the outside of the box and a camera was installed inside the structure, police said.

The arrest came after Tracey reported her son missing on Jan. 28. Days later, on Jan. 30, investigators visited the home and said they found the structure.

They also visited the 13-year-old at Independence Middle School, where they interviewed him and learned of his alleged living conditions, officials said. The boy allegedly told the detectives that he was locked away for up to 18 hours per day.

The child also allegedly said he ran away from the home "because I feel like no one loves me" and that he did not feel safe, WPTV reported.

The other children living in the home have been relocated by child protective services, WFLA reported.

A neighbor of the couple said they "kept to themselves" and confirmed seeing the structure himself, according to the report.

"We’ve been here for a while now since 2007. So, knew them…Can’t say we knew them well… they kind of kept to themselves. Yeah, but it’s weird and crazy news," said Aric Preisendorf, WFLA reported.

"It’s a three-car garage. On the single car garage, there was where a room was built in there, but I never went in the house or in the garage. You could see it from the outside," he added, per the report.

The Ferriters have been charged with aggravated child abuse and false imprisonment and are being held at the Palm Beach County Jail, police said. Their bond has been set at $50,000 by a judge, who also instructed them to have no contact with any of their children, WGXA reported.

An attorney representing the Ferriters suggested the couple was innocent of the charges and Tracey told investigators the boy suffered from behavioral issues, WXGA reported.

"Law enforcement has an obligation to conduct investigations in an objective and thorough manner. I made information known to the police in order to assist them in the factfinding process, including evidence from Arizona where this family had lived up until a month ago. This critical evidence was ignored," said attorney Nellie L. King, according to the report. "In the criminal legal system, the temptation for a community to rush to judge is tempered by the judicial process, a presumption of innocence, and the facts. What Tim and Tracy have lived through the past many years will therefore be presented in court."