Florida couple claims debris fell on them off I-4

A Florida couple said a piece of construction debris fell from an Interstate 4 overpass as they were walking to the Amway Center to see an Orlando Magic game last week.

ORLANDO, Fla. - A Florida couple said a piece of construction debris fell from an Interstate 4 overpass as they were walking to the Amway Center to see an Orlando Magic game last week.

Thomas O'Toole said he and his wife were walking on Garland Avenue, between Central and Washington, when the debris fell.

"As soon as we step on the sidewalk ‘this’ fell from the overpass and slammed on the ground like a missile. Just boom," he said, holding a heavy piece of commercial-grade wrapping.

It struck his wife's head, he said, adding that they went to the emergency room and was told she had a concussion.

"When it came down, my wife saw it, tried to dodge it, and it hit her arm and the back of her head," O'Toole said.

They'd like to see someone or the city put up safety measures, such as a barrier to block that part of the sidewalk. 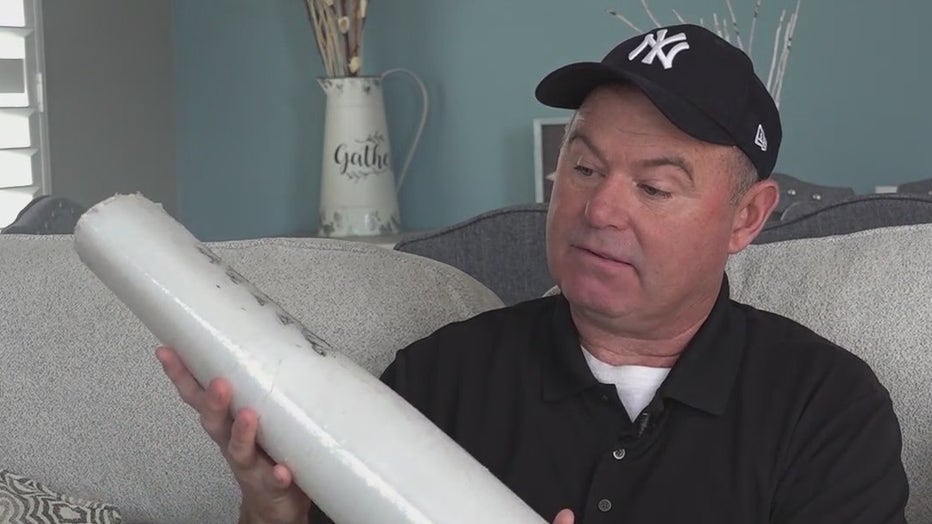 "The City takes the safety of our residents and the traveling public very serious. While this is an unfortunate incident, we do not have any information that the sidewalk is the cause of the inquiry, but rather debris that fell from an unknown location - whether that be the interstate above or a vehicle that was traveling above," a spokesperson for the City of Orlando said in a statement to FOX 35 News.

In the area, Orlando is building a community park under the highway, called "Under-i Project."

The couple has filed an injury claims report with the Florida Department of Transportation.

In a statement late Friday, a spokesperson for the department said it was "sorry to hear of this incident and about the resulting injury."

"The Florida Department of Transportation [FDOT] has been made aware of this incident and the report that was recently filed. FDOT will need some time to review the report as well as learn additional details and factors to further evaluate the concern," the statement said.

It also reminded motorists to check their cargo for loose items and to secure any hauls before driving on the highway.