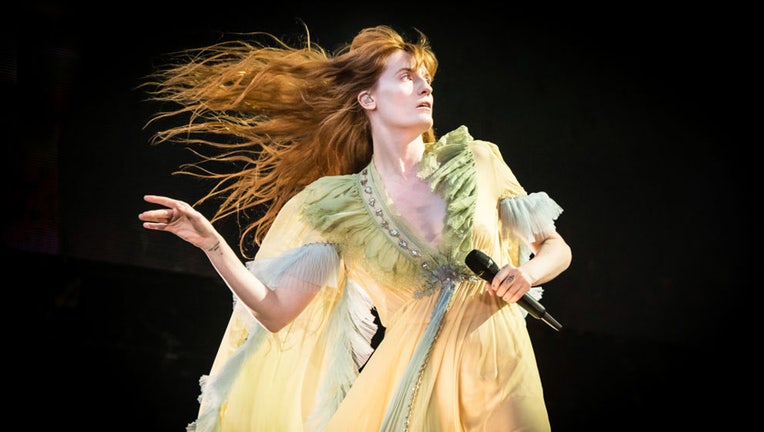 Florence + The Machine dedicated its most recent music video to the people of Ukraine amid Russia’s invasion.

"Dedicated to the spirit, creativity and perseverance of our brave Ukrainian friends," a message read at the end of the music video.

Additionally, the video was filmed in Ukraine in November 2021 and utilized the talents of Ukrainian filmmakers and artists "whose radiant freedom can never be extinguished," the video concluded.

Titled "Free," the music video features renowned actor Bill Nighy, known for his roles in popular movies such as "Love Actually" and Disney’s "Pirates of the Caribbean" series.

Nighy personifies Welch’s anxiety and seemingly — as the lyrics would suggest — picks her up and then puts her back down on a rollercoaster of emotions.

Eventually, Welch is able to somewhat break free of her anxiety and proceeds to dance wildly throughout the latter half of the video as her anxiety sits close by but is no longer controlling her actions.

It ends with a sobering view of a cemetery as Nighy puts his arm around Welch and the pair stare out at the graves.

Also, in March 2022, the band dedicated another music video to two dancers who were sheltering in Ukraine at the time of the video’s publication.

"Two of the dancers in this video are currently sheltering. To my brave and beautiful sisters Maryne and Anastasiia. I love you. I wish I could put my arms around you. Strength," Welch wrote on Instagram.

The video, titled "Heaven is Here," was also filmed in Ukraine in November 2021.

Florence + The Machine is an English indie rock band that formed in London in 2007 and released their debut single "Kiss with a Fist" in June 2008, according to the band’s iHeart biography.

"The critically acclaimed debut album Lungs followed in July 2009 and quickly became one of the year's most popular releases in the U.K., where Florence charted four Top 40 singles in less than 12 months," the biography continued.

The band is set to release its latest album, "Dance Fever," in May of this year and will begin an international tour at the end of April, according to the band’s website.