The National Weather Service said the twister had winds as high as 110 mph and cut northeast down a nearly 20-mile path from the town of Korona to Flagler Beach.

FLAGLER COUNTY, Fla. - Things were quieter in Flagler County on Sunday after an EF-1 tornado swept through part of it on Saturday morning.

Homes were boarded up and debris laid in piles.

Residents like Judy Emens are working to put their lives back together.

“The power poles came down. The pine tree came over across the street,” Emens said. “The police were down at the end of the street, but you couldn't get down anyway. It was totally a mess.” 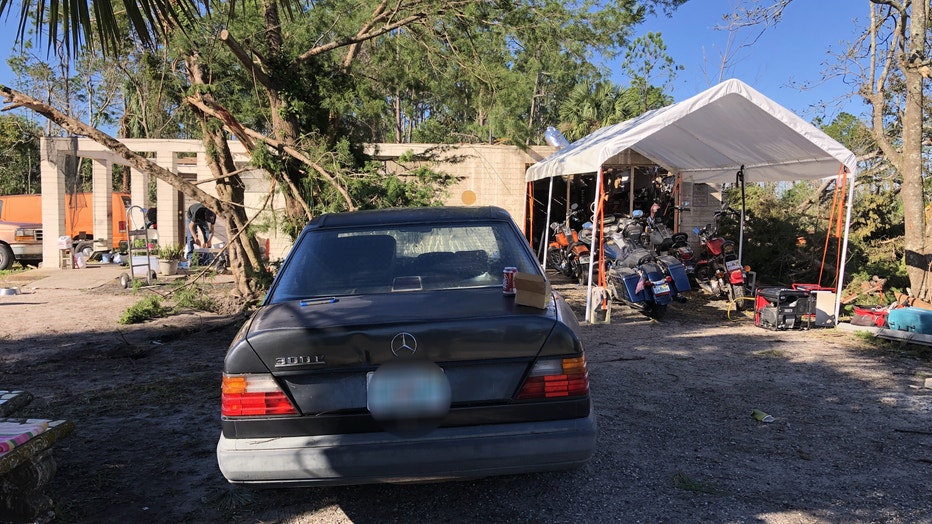 The National Weather Service said the twister had winds as high as 110 mph and cut northeast down a nearly 20-mile path from the town of Korona to Flagler Beach.

The worst damage was in Korona, where it tore the roof off Troy Robertson’s house.

He's been cleaning up since.

“My friend, moving the generator, he stayed up pretty much all night. Made sure nobody come by. I finally had to go lay down. I was just beat from yesterday, you know?” Robertson said.

Everyone from Robertson’s friends to utility crews worked to clean up the mess.

Officials came by to help out Robertson and other people affected by the tornado.

They gave them debit cards they could use for food and supplies and also paired them up with caseworkers who could connect them with long-term assistance.

Clean up efforts continue after tornado touches down

People in the town of Korona in Flagler County are cleaning up after an EF-1 tornado touched down on Saturday.

“I know FPL and all our partners are working diligently to get the power back on and make sure everyone has a place to stay tonight. If they don't for whatever reason and need some assistance, that's what we'll provide them,” said Rebecca Delorenzo, from the Red Cross.

People in the area say the county started cleaning up fast.

“They were out here by eight in the morning starting the clean-up. Just as soon as FPL. Mine was the last pole they were able to get to yesterday afternoon, so I feel they did an amazing job,” Emens said.

Robertson said he won't be able to rebuild, but he will recover.

“I'll probably go home," he said. "I have some property in Virginia. My mom and sister are there, so I was planning on doing that in the springtime anyway.”