(WJBK) - A college gymnast became the first male victim to come forward alleging he, too, was abused by disgraced ex-doctor Larry Nassar.

He says Nassar treated his shoulder injury by administering acupuncture treatment to his genitals. Jacob Moore filed the lawsuit as the first male victim.

Jacob's sister, who was also abused, first described the abuse the siblings suffered during her impact statement back in January. Now, it's Jacob's turn.

"When it first came out we were in disbelief," he said. "I guess wanted to support him -  that is how deeply we trusted him."

But Jacob says that trust was violated when he was 15-years-old.

After allegations against Larry Nassar surfaced, Jacob, now 18, thought back to the day in the gymnastics doctor's basement where many patients often received treatment.

Jacob says he went for a shoulder injury but ended up getting acupuncture in his groin.

"So I was having acupuncture needles put in my shoulder and slowly he worked his way with needles towards my inner groin," he said. "One of the other victims, she was present in the room, it was quite uncomfortable."

Moore's attorney Ven Johnson says Nassar was treating another female patient next to Jacob at the time and began to ask her inappropriate questions.

"About whether she had ever seen a male body part and there was an open discussion while my client is being shown to her," Johnson said.

It was the strength of his sister Kamerin, who was also abused by Nassar, who Jacob says gave him the courage to come forward. They join more than 260 women who claim Nassar sexually abused them.

"What made it particularly egregious to us is what happened to Jacob happened in April of 2016," said attorney Tom Waun. "This was a year after USA Gymnastics had terminated with Nassar and didn't tell anyone why and was in the process of negotiating settlements."

"I hope to God no one else has been affected by this hasn't come out yet," said Jacob. "But if they are out there I don't want them to be scared to come out because of this stigma that guys can't be sexually abused." 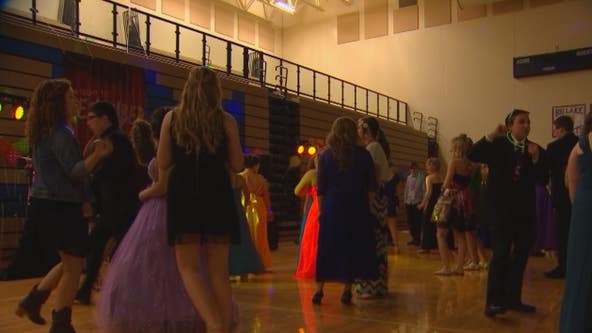