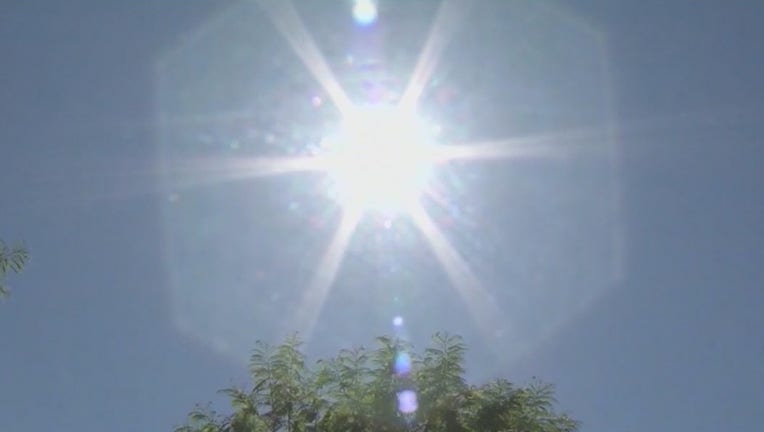 But when you're heading back inside to get some relief from the hot temperatures, don't forget to bring the bottle inside with you.

It could prove to be a disastrous mistake if you don't.

This is because when the sun's rays shine onto a bottle under certain conditions, it can act as a magnifying lens. That beam can become so intense that it can start to burn things like your car seat, paper or other combustible materials - which was the cause of a massive house fire in Stoneham, Massachusetts, in 2021.

An investigation into the fire's cause determined that sun's rays were focused through beer bottles that had been left on the porch for several hours. According to the Stoneham Fire Department, those rays then focused onto paper and other combustible materials, which eventually led to the fire.

"It's uncommon but definitely not unheard of," Massachusetts state fire marshal Peter Ostroskey said. "We've seen several fires involving windows, mirrors and other glass surfaces. This was the first one we can remember involving glass bottles, but there's no question these surfaces can concentrate sunlight into a competent heat source under the right circumstances."

And remember, leaving bottles outside isn't the only danger.

Back in 2017, Idaho Power posted a video showing a water bottle that had been left inside a truck for a period of time actually started to cause smoke as it was slowly burning holes in the seat. Luckily, in that case, the situation was resolved before a fire could start. But the outcome could have been much different.

If you have a bottle sitting in your car right now, or you just remembered you left one outside earlier, don't panic. A lot of factors come into play before a fire can start.

MORE NEWS: Has the cost of Disney World become unaffordable for the average American family?

According to Live Science, there needs to be a smooth, spherical, transparent bottle with clear liquid that's placed at just the right point from both the light source and the flammable focal point.

So, while the chances are relatively low for a fire to start because of a forgotten bottle in the sunlight, it can still happen.

Just don't forget to bring those bottles inside or move them out of direct sunlight to prevent this sort of thing from happening to you.