Firefighters working 1,000-acre fire near I-95 in Volusia County

The fire, which is on the west side of the interstate between New Smyrna Beach and Edgewater, has burned more than 2,000 acres of land so far.

The acreage of the fire was found to be 1,675 acres, according to the Florida Forest Service - Bunnell District.

Fire officials said rain on Sunday helped put out the wildfire, along with the tireless effort of crews at the site.

Firefighters are expected to be back out on Monday to watch for hot spots and improve containment lines to put out the fire at 100%.

PREVIOUS VERSION: The Florida Forest Service and other agencies say they are working a wildfire near Interstate 95 in Volusia County.

They said that the fire is on the west side of the interstate between New Smyrna Beach and Edgewater. So far, the fire has burned an estimated 2,200 acres of land and is about 60 percent contained as of Sunday afternoon.

On Saturday, the fire was said to be about 1,000 acres wide.

"Minimal fire activity at this time and the fire is receiving a little bit of rain," the Florida Forest Service said. 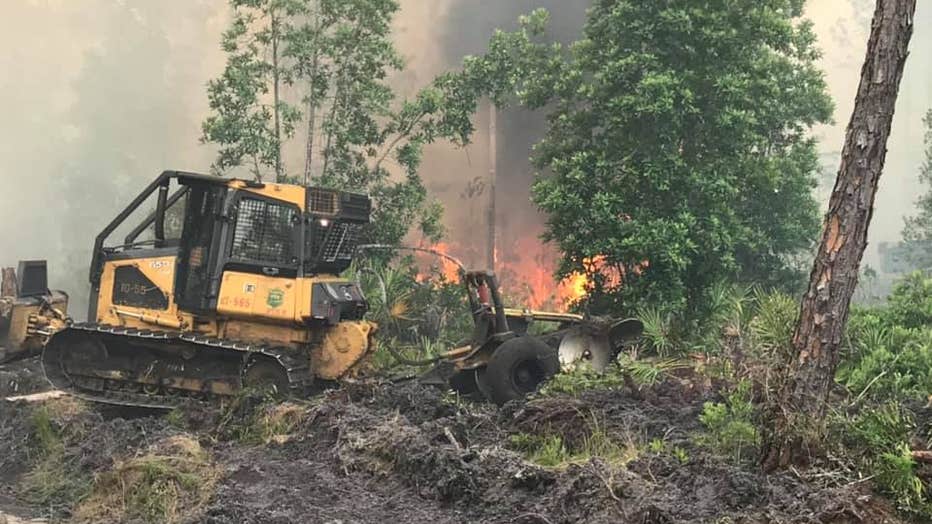 So far, the smoke has not caused any visibility concerns and no homes have been threatened so far. Firefighters said there are no structures in danger and crews are working to contain the blaze. They are using eight bulldozers and four helicopters as they battle the flames.

Interstate 95 is still open but fire officials caution drivers to be careful of any smoke that might appear.