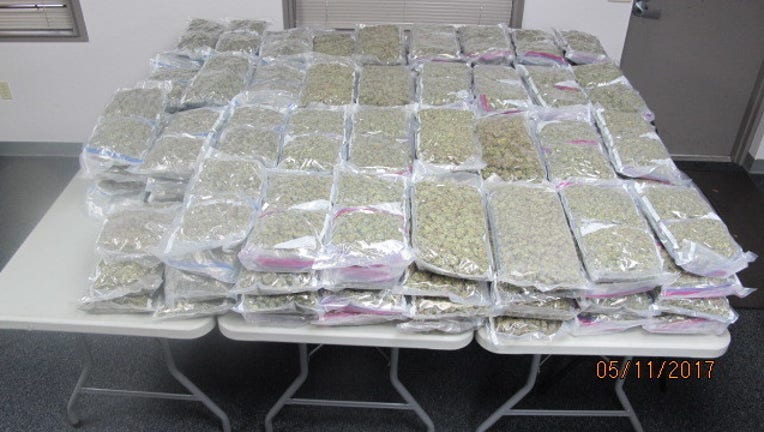 FHP reports that during the stop, an FHP K-9 unit became alerted to the presence of narcotics. Troopers conducted a search of the vehicle, resulting in the seizure of about 170 pounds of illegal marijuana, which has a reported street value of $1.5 million.

“FHP is committed to interrupting drug trafficking activities on Florida’s highways which was evident during this traffic stop,” said Colonel Gene Spaulding, Director of the Florida Highway Patrol. “Through aggressive education and patrol, the FHP is dedicated to stopping the illegal flow of drugs into our communities.”

It was also reported that during the stop, troopers detected a strong odor of raw marijuana coming from several boxes and duffel bags. The driver denied any knowledge of the contraband within the vehicle and was placed under arrested and transported to the Alachua County Jail.