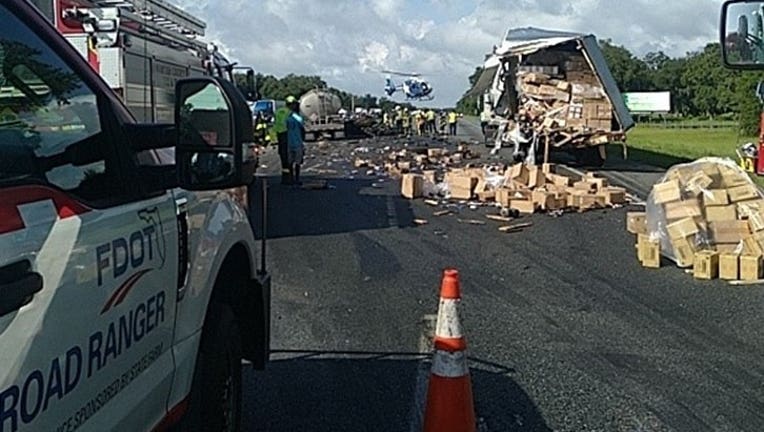 BUSHNELL, Fla. - Interstate 75 has reopened after a crash that shut down the southbound lanes in Bushnell for hours on Friday morning.

The first semi jackknifed and crashed. The driver was airlifted to a hospital with serious injuries. The other driver suffered minor injuries.

The southbound lanes of I-75 have reopened. The crash remains under investigation.