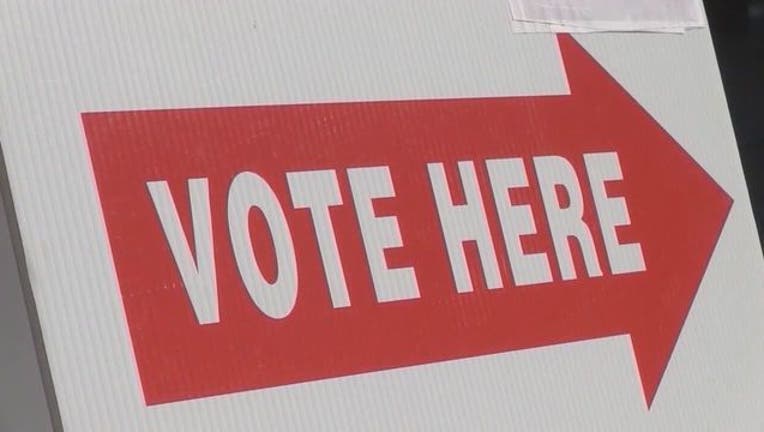 TALLAHASSEE, Fla. (AP) - With time running out, a federal appeals court late Wednesday sided with Florida in an escalating battle over the state's process for restoring voting rights for former prisoners.

U.S. District Judge Mark Walker had given Florida until Thursday to create a new process after ruling in February that the state's current system is unconstitutional and arbitrary, with decisions possibly swayed by politics and racial factors.

But a three judge panel of the Atlanta-based 11th U.S. Circuit Court of Appeals blocked Walker's ruling while it considers an appeal from Gov. Rick Scott and other Florida Republican officials.

"We are glad that the 11th Circuit Court of Appeals has stayed the lower court's reckless ruling," said John Tupps, a spokesman for Scott. "Judges should interpret the law, not create it. Gov. Scott will never stop fighting for victims of crime and their families."

The decision by the court came less than two hours before Scott and GOP officials were scheduled to hold an extraordinary late-night meeting of the state's clemency board where they were poised to adopt new rules. The meeting was scrapped after the appeals court sided with Florida in a split decision.

Florida's clash over voting rights comes as Scott campaigns for the U.S. Senate seat of Democrat Bill Nelson in a state where as many as 1.5 million felons remain disenfranchised by the state's ban that is included in Florida's constitution.

Walker's ruling had kept the ban intact, but he had challenged the current system that requires a former prisoner to wait between five and seven years before they can even ask to have their voting rights back. The governor and the three elected Cabinet members then decide each request individually, subject to the governor's unilateral veto.

It wasn't always this way. Shortly after taking office in 2007, then-Republican Gov. Charlie Crist convinced two of the state's three Cabinet members to approve rules allowing the parole commission to restore voting rights for nonviolent felons without hearings, and ultimately more than 100,000 felons were allowed to vote again.

Scott and state officials changed the process in 2011, and since then fewer than 3,000 have had their rights restored. The governor has defended the change, saying that former prisoners should have to demonstrate they can remain out of trouble before their voting rights are returned.

Last year, however, a group of former prisoners who had their applications turned down sued the state.

In its split ruling, the federal appeals court concluded that Florida has a good chance of prevailing in its appeal and questioned Walker's decision to order the state put in place a new process. U.S. Circuit Judge Stanley Marcus wrote that there should not be a "rushed decision-making process created on an artificial deadline."

"There is wisdom in preserving the status quo ante until a panel of this court, on an expedited basis, has had an opportunity on full briefing to come to grips with the many constitutional and equitable issues that have been raised," Marcus wrote.

Walker first ruled in February the process was unconstitutional and then in late March ordered that changes be put in place by this week.

The clemency board - without holding a public meeting to discuss the ruling - appealed.

While the governor's office has said the decision to appeal was handled properly, Barbara Petersen of the First Amendment Foundation has questioned whether Scott and GOP officials sidestepped the state's open meetings law. She said it "doesn't pass the sniff test to my way of thinking."

Scott and the Cabinet were sued for open meeting violations back in 2015 and ultimately settled the case without admitting wrongdoing.

The legal battle over voting rights for former prisoners is occurring just months before Florida voters will be asked to alter the current ban. Backers of a constitutional amendment won a place on the November 2018 ballot. If 60 percent of voters approve, most former prisoners would have their rights automatically restored.