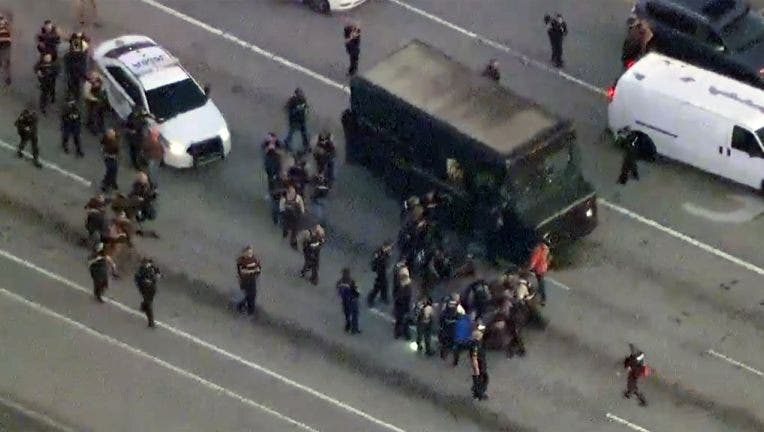 MIRAMAR, Fla. - As many as 21 officers may have fired their weapons in a South Florida intersection during a shootout with robbers who hijacked a UPS truck earlier this month, according to preliminary findings from the Florida Department of Law Enforcement.

The deadly shooting broke out Dec. 5 when two suspects attempted to rob a jewelry store in Coral Gables, then hijacked a UPS truck and took the driver hostage as they led police on a high-speed chase through two counties.

The incident came to an end in rush hour traffic in Miramar, when FDLE said 21 officers opened fire on the truck. In all, 195 bullet casings were found at the scene.

The investigation into the shooting is still ongoing.