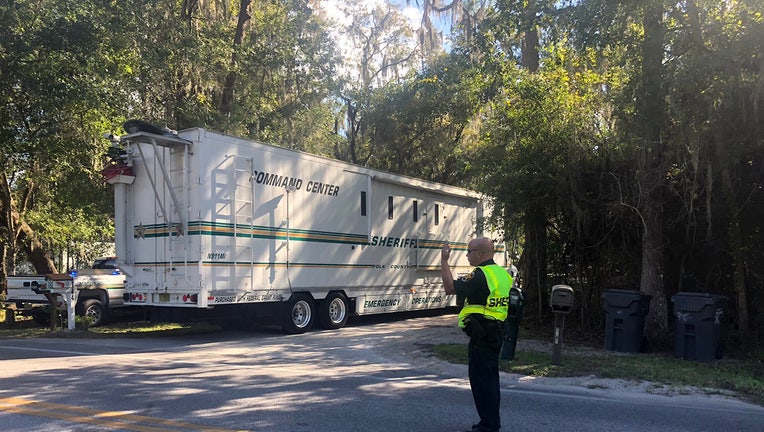 LAKELAND, Fla. - A domestic dispute turned violent Thursday afternoon when a man shot and killed another man during the custody transfer of a 2-year-old boy.

Polk County Sheriff Grady Judd says investigators are still trying to piece the entire sequence of events together. It started with a 911 call from the eventual shooting victim – the boy's father – saying he was having “problems” with the exchange of custody.

A subsequent call came from the shooter, who told dispatchers that he’d just shot someone during a dispute along Ewell Road, south of Lakeland.

“Some kind of altercation happened,” Judd explained. “The victim of the shooting dialed 911, then the shooter – we won’t call him a suspect because we don’t know if he is one at this point in the investigation – the shooter a few minutes later called 911.”

Judd said the shooter is the boyfriend of the victim's ex-wife. That ex-wife is the mother of the child. She was not present at the time of the exchange.

The boy was not hurt during the shooting, and is now with his mother.

Meanwhile, detectives are trying to figure out what led to the violence. Judd said a court order involving the child said the father was supposed to have someone accompany him during custody handoffs, likely because of a history of prior incidents.

“At this time we are investigating a horribly tragic domestic event. There’s no winners here,” Judd added. “Who was right and who was wrong, we don’t know yet.”