Troopers are searching for a driver accused of slamming into a newlywed couple on their honeymoon in Daytona Beach. Now they're spending their time in a hospital.

VOLUSIA COUNTY, Fla. - UPDATE: FOX 35's Valerie Boey learned on Saturday that the family of Chris Coffey said he died from his injuries sustained in the crash.

The Florida Highway Patrol (FHP) is searching for the driver who hit a newlywed couple from Tennessee and took off on Sunday.

FHP said that a white-colored Dodge Charger was merging onto southbound I-95 from LPGA Boulevard and into southbound traffic when it collided with the newlywed's car. This collision caused their vehicle to overturn, causing life-threatening injuries to the driver.

The couple in the overturned vehicle, confirmed by family to be Mary Moore and Chris Coffey, were newlyweds from Tennessee and had just arrived in Florida for their honeymoon. Relatives said that they were heading to board a cruise ship out of Port Canaveral.

"It was beautiful. I’ve never seen my sister so happy. I know it was the best day of her life," Allison Moore said about her sister Mary.

From the best day to the worst day, Allison Moore explained that her sister Mary Moore and her new husband Chris Coffey were fresh off of their wedding day when the crash happened.

"Mary was scared in a hospital in Florida and Chris lost a lot of blood.  Fractured his skull and has brain injuries. He’s in the ICU," she added.

"The crazy thing is, it was a brand new, giant truck. It was a huge truck. The fact that whatever happened, was able to flip that truck so much. I think they flipped around 10 times around there. And hit a pole," Allison told FOX 35. When asked about her reaction when she found out what happened, she said, "I’m angry, I’m disappointed. I want them to know what they did. I’m hurting for his family, for his sister. I’m hoping the outcome is good. but right now it’s not looking good."

That’s why Allison created a GoFundMe page to help pay the medical bills for 29-year-old Chris, stating that "with a brain injury, they are going to have a lot of bills." 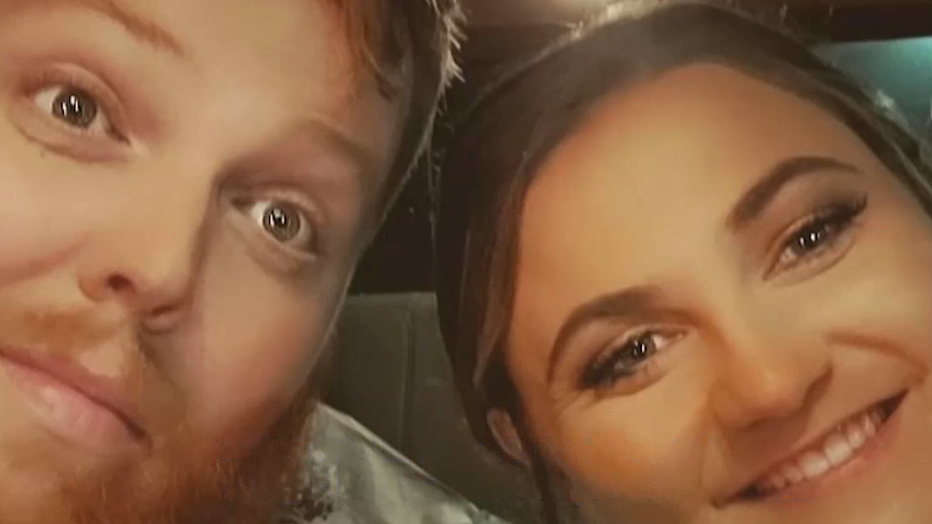 As for Mary, Allison said she suffered minor injuries to her fingers, saying "she’s really sore, but it’s nothing compared to how hurt she is emotionally right now."

The driver that caused the crash fled the scene, troopers said. They are now looking for the vehicle, identified as a white Hemi Dodge Charger with heavy left front-end damage. It's said to be a new model car that has a painted black colored rear spoiler.

The investigation is ongoing. Anyone with information on the whereabouts of the white-colored Dodge Charger or its driver is asked to contact the Florida Highway Patrol at (407) 737-2200 or Crime Stoppers at 800-423-TIPS (8477).