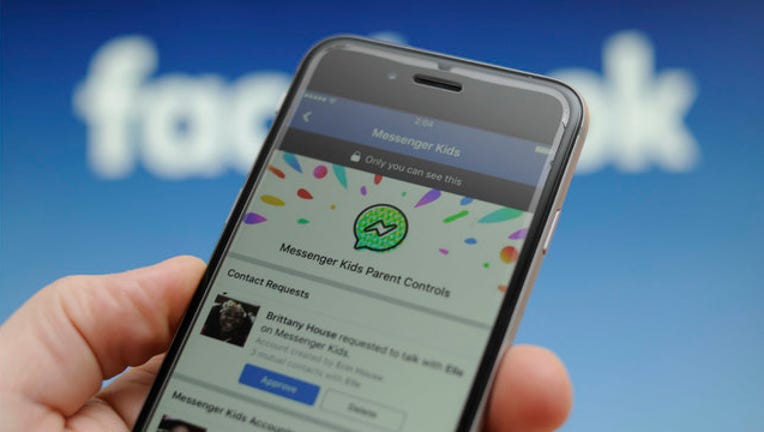 The Facebook Messenger application for kids is seen on a smartphone in this photo illustration. (Jaap Arriens/NurPhoto via Getty Images)

The app is meant to prevent children from interacting with people who are not explicitly authorized by their parents. However, Facebook has reportedly been closing down certain group chats over the last week and alerting users to the problem.

According to The Verge, the tech giant has been sending alerts to users that read:

Hi [PARENT], We found a technical error that allowed [CHILD]’s friend [FRIEND] to create a group chat with [CHILD] and one or more of [FRIEND]’s parent-approved friends. We want you to know that we’ve turned off this group chat and are making sure that group chats like this won’t be allowed in the future. If you have questions about Messenger Kids and online safety, please visit our Help Center and Messenger Kids parental controls. We’d also appreciate your feedback.

"We recently notified some parents of Messenger Kids account users about a technical error that we detected affecting a small number of group chats. We turned off the affected chats and provided parents with additional resources on Messenger Kids and online safety," a Facebook spokesperson told Fox News via email.

The Mark Zuckerberg-led company has alerted thousands of users in recent days and is continuing to investigate the situation.

As a result, thousands of children ended up in chats with unauthorized users.

The app launched with group chat features in December 2017, but it's not clear how long the bug was present.

Facebook is finding itself under increasing scrutiny for a range of practices. Some privacy advocates have accused the social network of violating the Children's Online Privacy Protection Act.

The Federal Trade Commission recently reached a settlement with Facebook that's rumored to include a $5 billion fine and other possible privacy oversight.