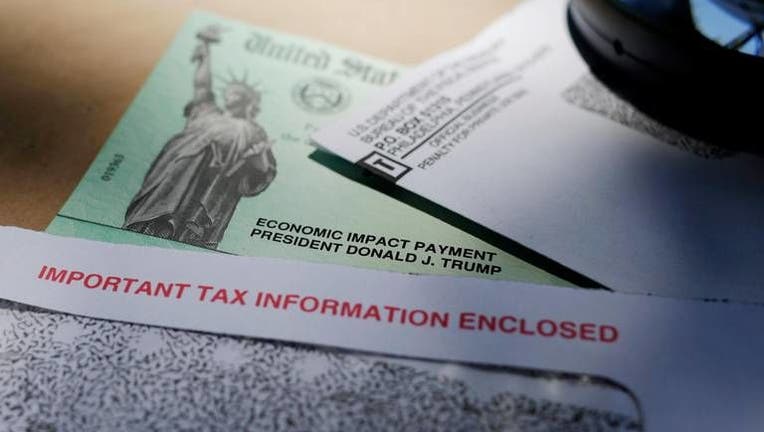 Inmates in the U.S. received coronavirus relief payments, and the IRS wants the money back according to AP. (Getty archive)

The extra $600 a week in unemployment benefits for out-of-work Americans is set to expire at the end of July, even as the coronavirus pandemic and related economic lockdown continue to trigger a historic number of layoffs.

In the span of three months, close to 46 million Americans lost their jobs as a result of the coronavirus-induced shutdown. The speed and magnitude of job losses are without precedent and are more than double what the U.S. saw during the global financial crisis a decade ago.

Now, economists are increasingly warning of a second wave of job losses. According to an analysis by Bloomberg Economics, 6 million jobs are potentially on the line, including higher-paid supervisors in sectors where frontline workers were hit first, like restaurants and hotels. It could also have a ripple effect in industries such as professional services, finance, and real estate.

New York City Mayor Bill de Blasio, during his daily press briefing on Wednesday, warned the city government might have to lay off or furlough 22,000 municipal workers this fall. The virus has bled about $9 billion in tax revenue from the city, he said, and the government is trying to skim $1 billion from the budget.

“We are running out of options here,” de Blasio said. “That is the blunt truth.”

A recent study conducted by the National Federal of Independent Business found that 14 percent of small business owners who received federally backed aid through the Paycheck Protection Program expect to lay off employees once they use the loan. Half of those forecast reducing staff levels by one or two workers; about 12 percent projected they'll cut 10 or more employees.

Democrats want to continue the extra $600-a-week payment beyond July 31, when they officially end. In the $3 trillion HEROES Act they passed in May, House Democrats proposed extending the $600 payments until at least the end of January. The bill also offered a so-called “soft cutoff,” which would give the extra money to individuals who needed it through March 2021.

“We must think big for the people now, because if we don't it will cost more in lives and livelihood later,” House Speaker Nancy Pelosi said in May.

But Republicans and the White House have argued that the sweetened benefits are actually disincentivizing some Americans from returning to their jobs, thus hindering the economy’s recovery from the virus-induced shutdown.

Larry Kudlow, a senior economic adviser to President Trump, has suggested the administration is open to a back-to-work bonus to encourage Americans who are receiving unemployment benefits to return to work if given the chance.

But job losses are still elevated: Last week, the Labor Department said that another 1.5 million workers filed for unemployment benefits, suggesting that many workers are still losing their jobs even as the pace of layoffs starts to slow.

Although it marks the 11th straight weekly decline of Americans seeking jobless benefits since claims peaked at the end of March, the numbers remain at historically high levels.

"The labor market’s path to recovery is littered with obstacles that could smother the rebound, from the expiration of federal support for businesses and workers to depressed consumer demand to the resurgence in COVID-19 cases," Daniel Zhao, a senior economist at Glassdoor, said last week.

While testifying before a House committee last week, Federal Reserve Chairman Jerome Powell suggested Congress may need to do more to support unemployed Americans "in some form" once the $600-a-week payment expires.

“It probably is going to be important that it be continued in some form," Powell said. "I wouldn't say what form, but you wouldn't want to go all the way to zero on that."

The U.S. central bank has projected a lengthy recovery from the coronavirus recession. Policymakers said they expect unemployment to end 2020 at 9.3 percent and remain elevated for years, eventually falling to 5.5 percent in 2022. That's still well above the pre-crisis level of 3.5 percent.

Roughly two-thirds of workers on unemployment are receiving more government aid than what they earned at their old job, according to a paper written by economists at the University of Chicago's Becker Friedman Institute. Once the $600-per-week expires at the end of July, the typical unemployment check -- which varies by state -- will return to below $400 per week. That's an income reduction of roughly 60 percent.

Arindrajit Dube, an economics professor at the University of Massachusetts Amherst, urged Congress to reconsider ending the benefits.

"Letting the enhanced UI benefits expire in July will be a terrible idea," Dube wrote in a tweet. "It'll be a major *negative* fiscal shock, and highly targeted to those whose consumption is sensitive to transfers."