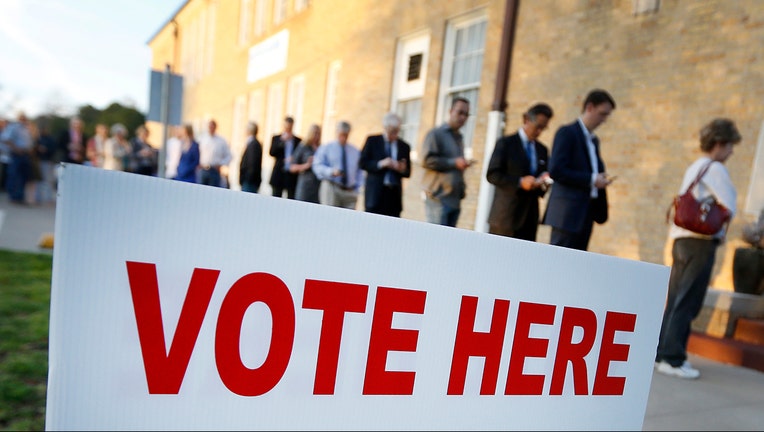 We may not know who won the presidential election on Tuesday night. And if so, it does not necessarily mean anything is broken, fraudulent, corrupted or wrong.

Here’s a closer look at why that count could take longer than usual, and why that might mean you go to bed Tuesday without knowing the winner:

What is new this year?

The biggest factor that may slow things down this year is clear: Millions of Americans decided to vote by mail rather than risk contracting coronavirus at a polling place. And in general, those mail ballots take longer to count.

Election workers must remove the ballots from their envelopes, check for errors, sort them and flatten them — all before they can be run through scanners the moment polls close and be tabulated. In states with well-established vote-by-mail programs, this processing happens weeks before Election Day. The results are often released quickly.

But several states did not have this system in place before this year and laws on the books prohibited election officials from processing the ballots well in advance of Election Day. Without a head start, there’s virtually no way to process and count all the mail votes on Election Day, while also counting all the in-person votes.

There are three important battlegrounds with restrictions on when the mail vote can be processed — Michigan, Pennsylvania and Wisconsin.

In those states, Republican-controlled legislatures have resisted pleas from election officials to update the laws to allow for a speedier count. (The Michigan legislature did allow processing to begin 24 hours before Election Day in cities, but election officials say that’s not enough of a head start.) Instead, they will initially report in-person votes — expected to heavily favor Trump — and gradually update with the more Democratic-leaning mail ballots later.

Don't news organizations call a winner before all the votes are counted?

Yes, there’s never been a presidential race in history in which all votes are counted on election night. It’s just not physically possible to instantly count that many ballots — possibly as many as 150 million on the night of Nov. 3.

Media organizations, including The Associated Press, declare winners in thousands of races on election night based on the results that are in, voter surveys and other political data.

But in a close race, more of the vote may need to be counted before the AP can call a winner.

Is there any hope for knowing the winner on election night?

Sure. Not all battleground states are slow-counting states. So if several key states release their results promptly, one candidate may have a majority of the electoral vote — even without knowing who won in Wisconsin, Pennsylvania or Michigan.

That becomes more likely if the races in those states are not close.

It’s a scenario that puts a lot of eyes on Florida. The state allows its election offices to process mail ballots 22 days before the election. It’s also the biggest swing state. As long as the race isn’t too close — a big “if” in a place famous for tight races — there could be a close-to-complete count by midnight. And if Trump loses Florida, it’s is very difficult for him to reach the 270 electoral votes he needs to defeat former Vice President Joe Biden and return to the White House.

Two other Southern battlegrounds — North Carolina and Georgia — also can begin processing mail ballots early. They are both considered critical states for Trump. However, unlike Florida, neither state has a record of handling a large number of mail ballots. It’s unclear how quickly they will count those votes.

Finally, two Midwestern states — Iowa and Ohio — also allow for early processing of mail ballots. Trump won both states handily in 2016, but Democrats believe Biden is competitive there. Results in those two states on election night could give hints about what lies ahead in the critical Rust Belt states that take longer to count.

Watching results come in this year may be a bit disorienting. That’s because the two parties are voting in two very different ways. Democrats have flocked to voting by mail, while Trump has encouraged Republicans to vote on Election Day.

Depending on which type of vote is being reported — the mail votes, the votes cast in person at early voting sites or the Election Day vote — the results could look skewed in one candidate’s favor.

In general, those early processing states — Florida, Georgia, Ohio and North Carolina — will report mail ballots first. Those will skew Democratic. But then those states will start tallying Election Day votes. Those should lean Republican. So initial returns may be heavily Democratic, then become more Republican as the night goes on.

But the pattern could be reversed in those critical Rust Belt battlegrounds of Michigan, Pennsylvania and Wisconsin. There, the initial vote reported will be the heavily-Republican in-person Election Day ballots, that could be misleading — a “red mirage.” That’s because Democrats may catch up as mail ballots are tabulated in the hours and days afterward — that’s been referred to as the “blue shift”