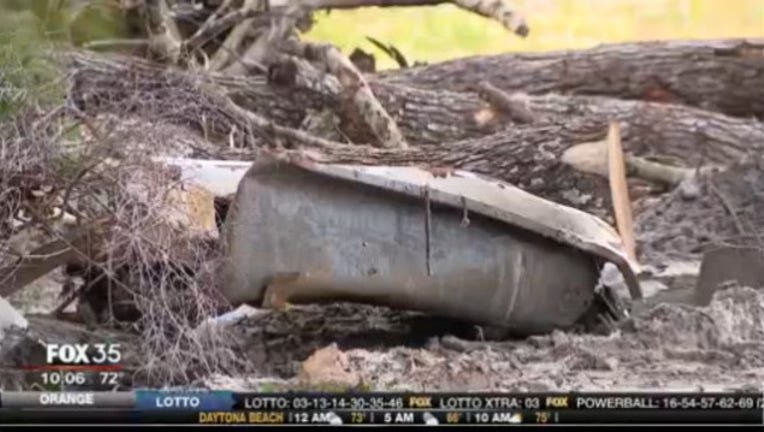 About six acres of Kissimmee land has turned into an illegal landfill and it's just 15 feet away from several backyards.

Howard Morford and his girlfriend Josie have lived in this neighborhood for decades. They say that in the past few weeks, they've noticed trucks going into the lot next to theirs with trash.

A few houses down, Luis Aviles noticed the piles too. He showed Health and Human Rights Advocate Laura Tweed. Tweed and Aviles say that the city should search the lot with a metal detector for any buried trash. Tweed also spoke with several neighbors at the City Commissioners meeting last Tuesday night.

Fox 35 reached out to the county, who said that the city is working to deal with the issue. The Florida Department of Environmental Health is investigating.