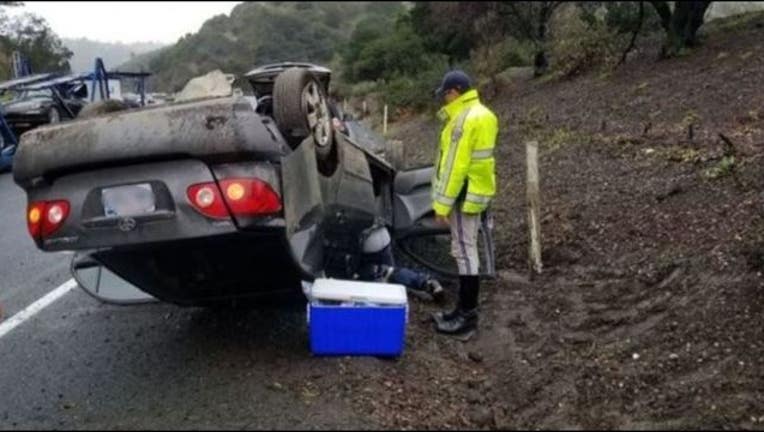 A marijuana delivery driver crashed on Highway 24 Thursday morning. No one was injured. Photo courtesy of KTVU's Randee Deason.

ORINDA, Calif. (KTVU) - A marijuana delivery driver crashed on Highway 24 Thursday, sending a cooler of cannabis into the road.

The single car crash occurred just outside the Caldecott Tunnel near Wilder Road around 11 a.m.

The car crashed and turned over onto its roof. A cooler containing the marijuana was thrown from the vehicle, scattering marijuana in the road.

Lanes of Highway 24 were closed following the crash.

The name of the driver has not been released. It's unclear what company the driver worked for.

No one was injured in the crash.

At this point additional details have not been released.