"I will be leaving these positions in December of this year to pursue the next chapter of my career," Dr. Anthony Fauci said in a statement on Aug. 22, 2022, calling those roles "the honor of a lifetime."

WASHINGTON - Dr. Anthony Fauci, the nation's top infectious disease expert who became a household name — and the subject of partisan attacks — during the COVID-19 pandemic, announced Monday he will leave the federal government in December after more than five decades.

While the COVID-19 pandemic introduced him to millions of Americans, he's given straight-talk to the nation about numerous outbreaks including HIV/AIDS, SARS, pandemic flu, Ebola and the 2001 anthrax attacks.

"I’ve gone into this campus and into the labs and into the hospital every day, including most weekends, for 54 years. The idea of walking away from it obviously is bittersweet," Fauci told The Associated Press.

In announcing his departure, the 81-year-old Fauci called his roles "the honor of a lifetime" but said it was time "to pursue the next chapter of my career." 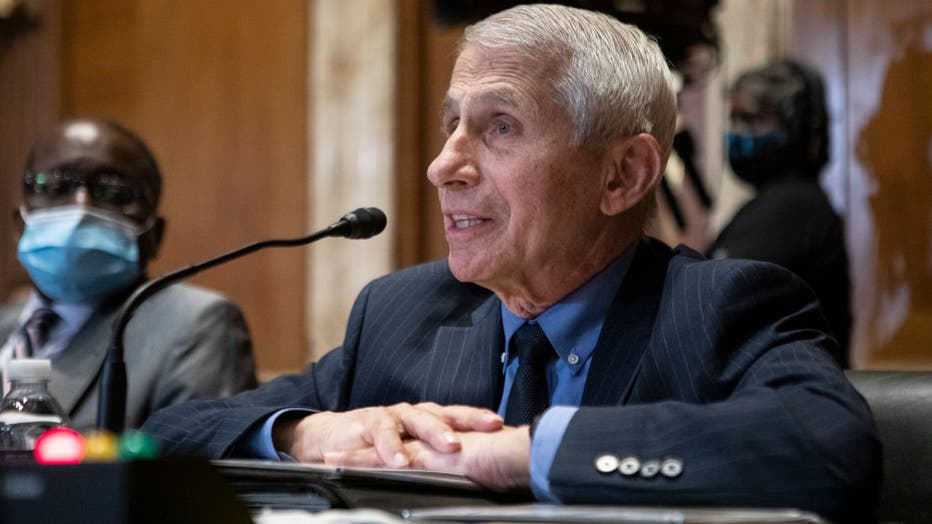 FILE - Dr. Anthony Fauci, Director of the National Institute of Allergy and Infectious Diseases testifies during a Senate Appropriations Subcommittee on Labor, Health and Human Services, Education, and Related Agencies hearing on Capitol Hill on May

Known for his candor and for the ability to translate complex medical information into everyday language, Fauci has been a key adviser to seven presidents starting with Ronald Reagan.

Fauci became the face of the government response to COVID-19 as it hit in early 2020, with frequent appearances on television news and at daily press conferences with White House officials, including then-President Donald Trump. But as the pandemic deepened, Fauci fell out of favor with Trump when his urgings of continued public caution clashed with the former president's desire to return to normalcy and to promote unproven treatments for the virus.

Fauci found himself marginalized by the Trump administration, but he continued to speak out publicly in media interviews, advocating social distancing and masks in public settings before the rollout of the COVID-19 vaccines.

He was also the subject of political attacks and death threats and was given a security detail for his protection.

RELATED: Dr. Fauci says the ‘US is out of the pandemic phase’

When Biden won the White House, he asked Fauci to stay on in his administration in an elevated capacity.

"I’ve been able to call him at any hour of the day for his advice," Biden said in a statement. "Whether you’ve met him personally or not, he has touched all Americans’ lives with his work. I extend my deepest thanks for his public service. The United States of America is stronger, more resilient, and healthier because of him."

Fauci said he planned to continue working after leaving the government, saying he wants to use his experience "to hopefully inspire the younger generation of scientists and would-be scientists" to consider a career in public service.

For all the rancor of the coronavirus pandemic, it wasn't Fauci's first run-in with an angry public. He became head of the infectious diseases branch of the National Institutes of Health in 1984 when the nation was in the throes of the AIDS crisis. Activists protested what they saw as government indifference and Fauci, frustrated at being unable to save dying patients in the NIH's hospital, brought them to the table in the hunt for treatments.

Fauci said Monday he'd hoped there would be a successful HIV vaccine before he retired but "it wasn't for lack of trying" to overcome extraordinary scientific challenges posed by that virus.

Fast-forward to COVID-19, and for many Americans, Fauci has remained a trusted voice even as scientists were surprised again and again by a fast-evolving new virus. The NIH had laid the scientific groundwork for the speedy development of powerful coronavirus vaccines that, while not perfect, are highly effective at preventing serious illness and death.

Fauci told the AP that he remains frustrated at the country's divisions over how to handle the pandemic.

"If ever there was a situation where you wanted a unified approach and everybody pulling together for the common good, it would be when you're in the middle of a public health crisis," he said. "As a physician and a scientist, I and my colleagues have the responsibility to do what's correct, what is science-based."

RELATED: Fauci to retire by the end of Biden's term: report