During Wednesday night's "The Masked Singer," both Miss Teddy and the Armadillo were unmasked in a double-elimination episode.

Armadillo and Miss Teddy said goodbye to "The Masked Singer" stage after a double elimination on Wednesday.

So which celebrities were under the huge masks during this week’s elimination?

Underneath the adorable orange and sparkly exterior was none other than the legendary singer and actress and ultimate "Dream Girl," Jennifer Holliday.

"Well, I was hoping to go all the way, but I still think that it went very well. So, very pleased," Holliday said after the big reveal.

Holliday said she was just "tickled" under her costume that she was able to disguise and mislead some of her fans from figuring out who was under the huge mask.

Some of the panelists guessed other celebrities such as Jennifer Hudson, Gloria Gaynor and even Karen Clark (Sheard). 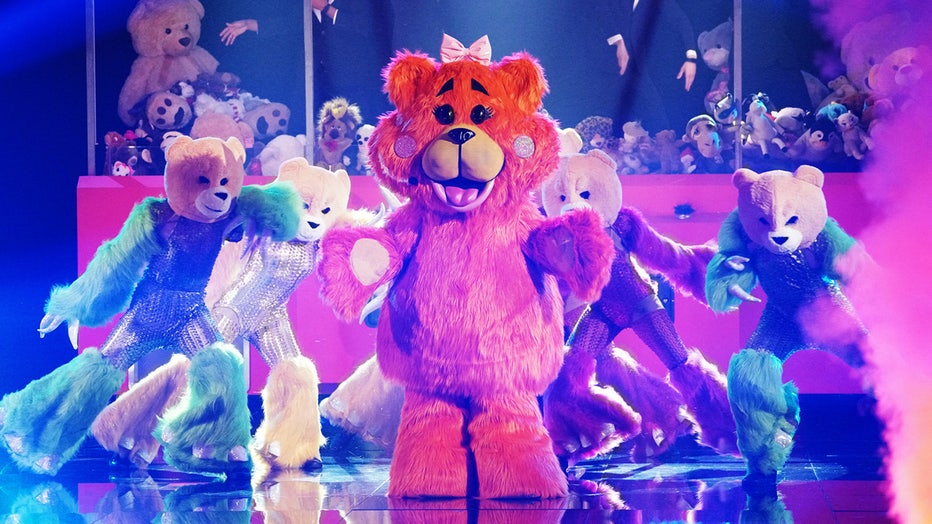 Holliday tried throwing off the judges by singing upbeat songs which aren’t usually her pot of honey but she belted out songs from vocal powerhouses such as Demi Lovato’s "Tell Me You Love Me" and the 80s classic "Tell It To My Heart" by Taylor Dayne.

"I am mostly a ballad singer. No one knows me for singing any uptempo songs, only a few," Holliday said.

"My fans would not expect to hear me singing something like that so I did want to try something totally different," Holliday added.

The artist shared that as the show progressed and she remained in the competition, she was excited to allow her character to have more of a personality during her performances.

"I think that was my favorite part. Trying to bring a character to life," Holliday said.

RELATED: ‘The Masked Singer’ reveal turns into a magical surprise

Holliday also revealed that her costume had a built-in ice pack so she wouldn’t get too overheated while dancing under the hot stage lights.

"At first it was a challenge because I wanted to move, do some dance steps because I knew that that would help throw the panelists off," Holliday said.

The singer shared that she was drawn to Miss Teddy because she felt America needed a "great big warm hug."

"I just hope that the audience did get that joy and that warm hug that I was trying to give them," Holliday said. 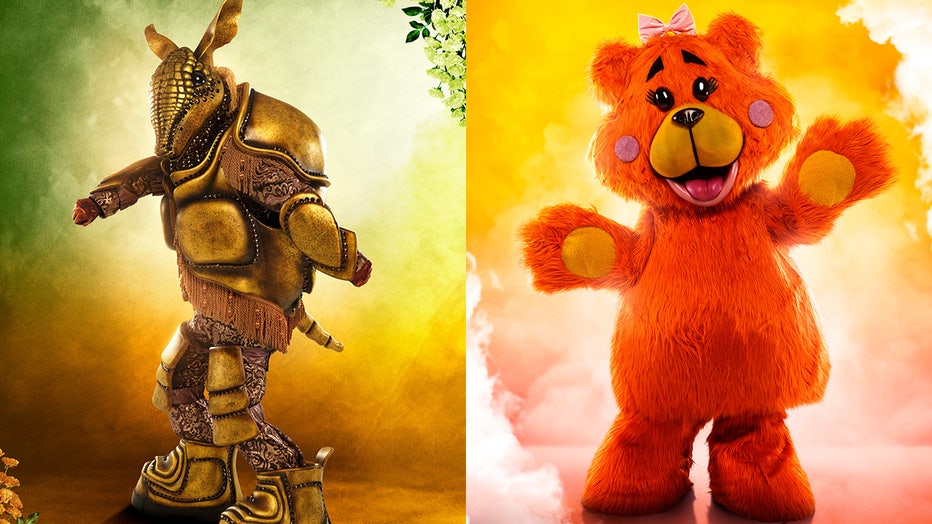 This reveal may or may not have come as a shock to the audience but underneath the armored exterior of the Armadillo was reality TV star and lawman "Dog the Bounty Hunter," also known by his real name, Duane Chapman.

"I’m completely devastated. I wanted to win," Chapman said with a pout.

Despite being eliminated, Chapman said he was proud of how far he got in the competition and was ready to head to the comforts of his own home.

"I was the last man standing and I never thought I’d get this far," Chapman said. "I am so happy. I love the show."

The bounty hunter noted how challenging the show was and gave any future contestants a fair warning: "It’s a tough show, you better be ready," he said.

"Singing in a mask is so much harder than catching criminals," Chapman added. 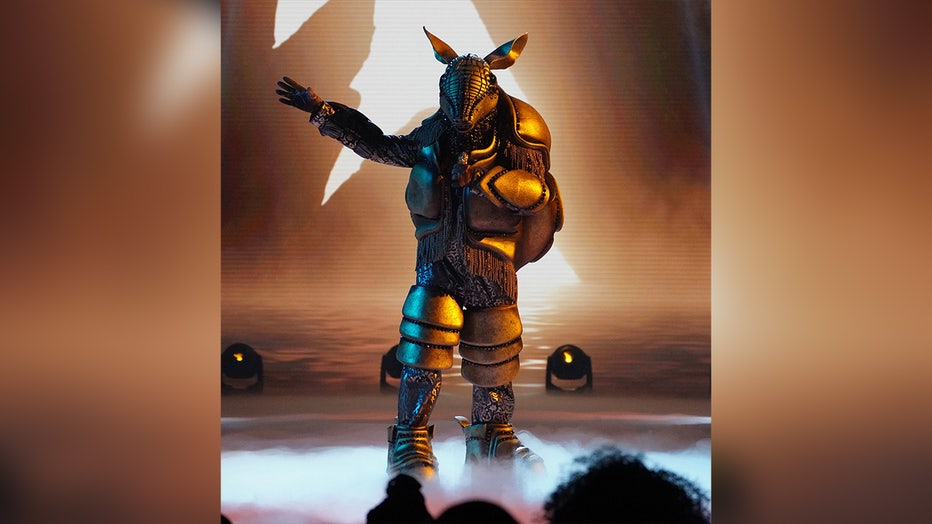 The Armadillo performing on "The Masked Singer." (FOX Entertainment)

During his performance of "I Fought The Law" by the Bobby Fuller Four, Chapman took a tumble on stage. An incident to which he referred to as "the splits."

"I did a terrific job on the splits. Some people call it a trip but I call it the splits," Chapman said.

The lawman admitted he isn’t much of a singer but his current wife, Francie Frane, "made" him participate in the competition.

"I sat down and sung to her and my dog — you talk about nervous. I’ve got a lot of children and I was always nervous before they were born. This is nothing compared to the nerves I had on this show," he said.

Chapman got personal and shared the touching reason behind why he chose to sing "Amazing Grace" during one of his performances, revealing he truly has a soft side under that hard, armored exterior.

"So, my mother’s favorite song was amazing grace and for me to be able to sing that for my mom as she’s in heaven, it’s just a touching song to me," Chapman said.

Robin Thicke, a panelist on the show, said he too sings "Amazing Grace" to his son almost every night.

"Years ago when I was going through my toughest times, and those lyrics would resonate with me and it was my son and my children that saved me. I really appreciate you putting that down," Thicke said after Chapman’s performance.

Chapman admitted he was nervous that his friend of over 20 years, Jenny McCarthy, who is also a panelist, would guess it was him right away. Luckily, it took her a few tries before she finally came to the conclusion that the man under the long snout was none other than her dear friend.

And, as an investigator himself, Chapman said he even had a hard time figuring out who his competition was.

Chapman wished the rest of his team, Team Good, the best of luck.

Find out who will move on to the finals from Team Good, Team Bad, and Team Cuddly next Wednesday night on "The Masked Singer" on FOX.

This station is owned by FOX Corporation. This story was reported out of Los Angeles.