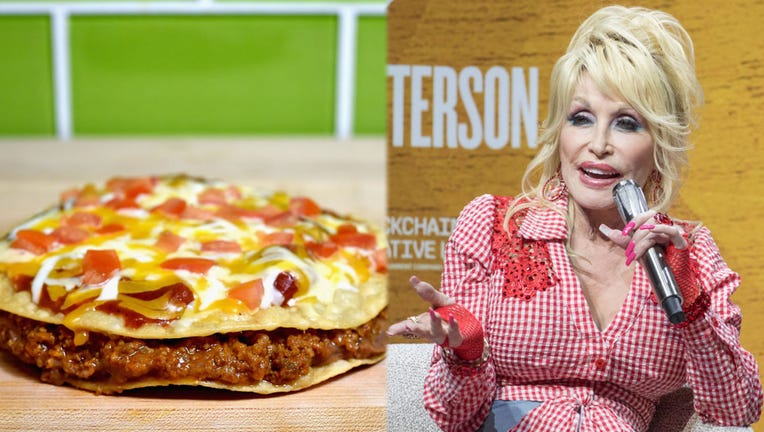 The Mexican Pizza will soon return to Taco Bell’s menu, and its comeback also coincides with an upcoming satirical musical about the beloved food — starring Dolly Parton, among others.

"Mexican Pizza: The Musical" is set to be streamed live on TikTok at 8 p.m. ET on May 26, according to Taco Bell. The fast-food chain shared a Playbill cover on its official Instagram this week.

Parton, 76, also teased the upcoming musical with an Instagram post that showed the "personal and confidential" script.

The Mexican Pizza is made up of two crispy flour shells, layered with beans, pizza sauce, seasoned beef, tomatoes and a melted three-cheese blend. There is also a vegetarian version without the seasoned beef.

But Taco Bell eliminated the beloved menu item, along with four other foods, in November 2020 in an effort to create a faster and "more seamless" restaurant menu and experience, and an outcry on social media quickly ensued.

Petitions and social media campaigns began swirling among Taco Bell fans to bring it back. Grammy Award-winning rapper Doja Cat even made a plea on TikTok.

"Hi, I made a song about Mexican Pizza because I love it so much," Doja Cat explained in the opening of the video. "I wish that Taco Bell didn't discontinue it a year ago."

She went on to sing a specially-written song, with lyrics like: "I got beans, I need meat, I need a shell with the sauce and the cheese."

Parton also previously expressed her love for the Mexican Pizza during an interview with Insider in January. When asked whether Taco Bell should bring it back, the "Jolene" songstress replied enthusiastically: "I think they should!"

Last month, Taco Bell announced that the Mexican Pizza would officially return nationwide on May 19.

It was unclear how many songs would be featured in the upcoming musical, which was written by Hannah Friedman, Abigail Barlow and Emily Bear. Barlow and Bear previously won a Grammy for their first TikTok production, "The Unofficial Bridgerton Musical."

Barlow and Bear teased a snippet of their "Mexican Pizza: The Musical" score, with lyrics like, "You took a slice right out of my heart."

"We sat down and composed a musical for Mexican Pizza," Barlow said this week in another TikTok. "And every song is a banger, if I do say so myself."