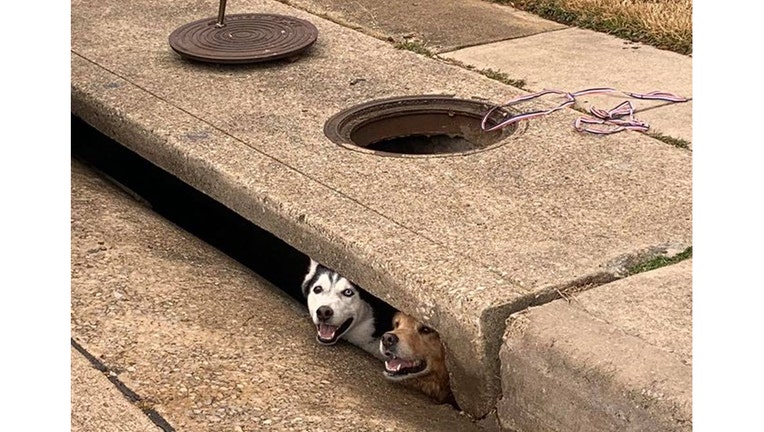 CARROLLTON, Texas - Two curious dogs are back at home with their owner after being rescued from a storm drain in Carrollton.

The city of Carrollton tweeted out a picture Wednesday morning of the two dogs after they got stuck.

It’s not known what led the dogs down into the drain, and hopefully they didn’t spot a clown, but they were unable to get out after finding their way inside.

Carrollton Animal Services crews were able to rescue the canines, and they were returned to their owner.