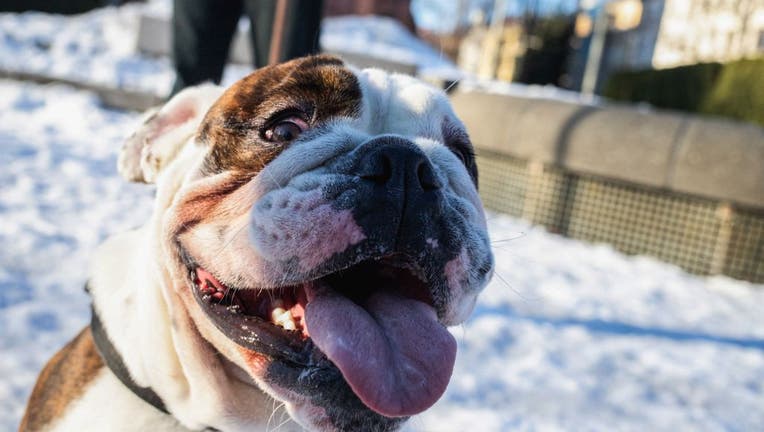 FILE - An English bulldog is pictured in Oslo, Norway, on Feb. 7, 2022. (Photo by PETTER BERNTSEN/AFP via Getty Images)

BUDAPEST, Hungary - Any dog owner knows that their four-legged friend can recognize them, but could they do it without the help of both sight and smell — purely on voice alone?

New research from a team in Budapest, Hungary, suggests that yes, dogs can seek out their owners just by hearing their voice, and they actually make use of some of the same voice properties as humans like pitch and noisiness.

The team at the Department of Ethology at Eötvös Loránd University (ELTE) invited 28 pairs of dogs and their owners to play hide-and-seek in the lab. The dogs in the study were a variety of breeds and both male and female dogs, according to the study.

The dogs then had to listen from a distance and find their owners. The game had multiple rounds and the owner’s voice was paired with 14 different strangers’ voices, including some more similar to the owner’s voice and others more different, the team said.

Dogs found their owner in 82% of cases.

In order to make sure that smells didn’t help the dogs in the study, the researchers also played the owner’s voice from where the stranger hid during the last two rounds — and the dogs still went for the owner’s voice, according to the study.

Dogs 'chat' while on video call

Laika and Henri gave a friendly canine hello to one another via Zoom. (Credit: Jeremy Howard via Storyful)

The team also explored what in the owners’ voices helped the dogs to choose.

"People mostly make use of three properties: pitch (higher or lower), noisiness (cleaner or harsher), and timbre (brighter or darker) to differentiate others," Anna Gábor, lead author of the study, said in a statement.

The researchers said that if the owner’s and the stranger’s voices differed more in pitch and noisiness, it helped dogs to recognize their owner's voice — but the timbre and other sound properties did not.

The dog participants went through a training phase to become familiar with experimental conditions and to teach them, step-by-step, that their task was to choose their owner’s voice. The amount of time it took the dogs to look in the direction of the owner’s voice while waiting for the sign to go showed how sure they were in their decisions, according to the study authors. 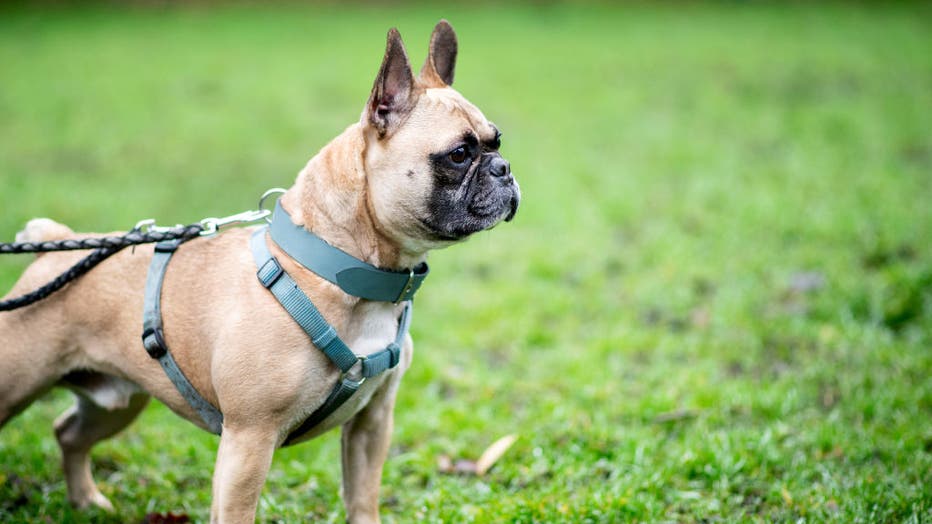 FILE - A French bulldog stands on a meadow in a file image taken on Dec. 16, 2021. (Photo by Hauke-Christian Dittrich/picture alliance via Getty Images)

"This is the first demonstration that dogs can tell apart their owner’s voice from many others. The study also shows that dogs make use of some, but only some of the same voice properties as humans do to recognize who is talking," Andics Attila, leader of the Neuroethology of Communication Lab, where this study was conducted, said in a statement.

It was funded by Eötvös Loránd University, the Hungarian Academy of Sciences (Lendület programme), the European Research Council (ERC), the Eötvös Loránd Research Network, the Ministry for Innovation and Technology via the National Research, Development and the Innovation Fund.