ORLANDO, Fla. - The chances for a tropical wave in the Atlantic to develop have increased, forecasters said Friday.

Invest 94L is located over the eastern tropical Atlantic several hundred miles off the coast of Africa and continues to produce disorganized showers and thunderstorms, according to the National Hurricane Center (NHC).

"Environmental conditions appear conducive for development over the next few days, and a tropical depression could form by early next week as this system moves westward."

If the system does develop into a named storm, it would be Bonnie, the second named storm of the 2022 Atlantic hurricane season. 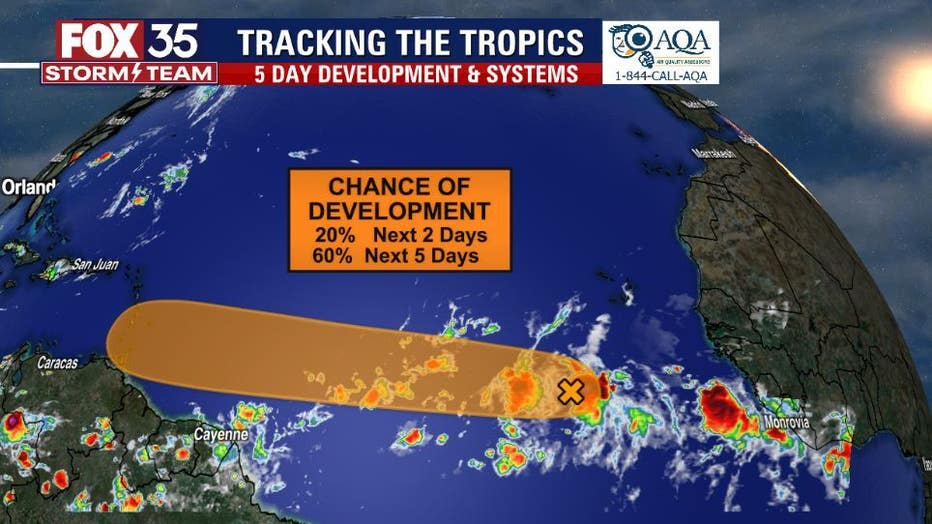 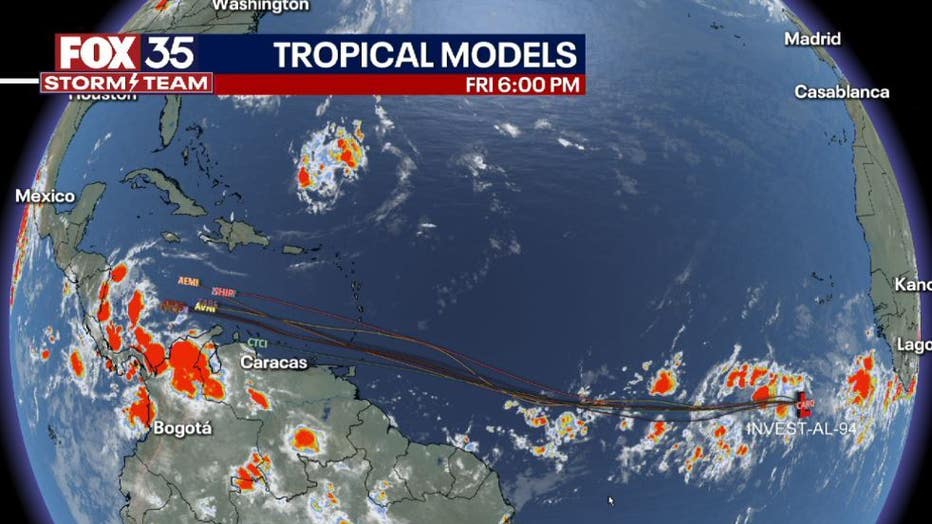 NOAA anticipates between 14 and 21 named storms, and between 6-10 of those becoming hurricanes. Of those 10, NOAA said three to six could become major hurricanes (category 3, 4, or 5).

Since the start of the season, which began on June 1, only one named storm has formed. Tropical Storm Alex dumped rain on parts of Florida earlier this month after strengthening into a named storm off the coast of the state.