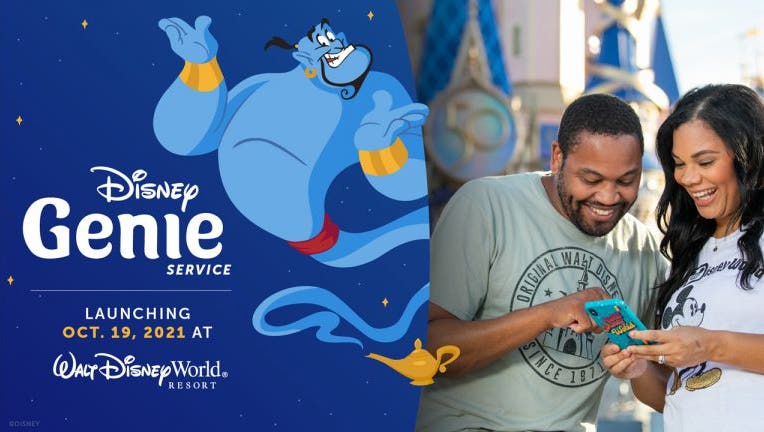 Disney Genie is free as a simple planning tool, but if you want to access rides and not wait in traditional standby lines, you'll have to pay $15 per day, per ticket for Genie+.

Genie+ essentially allows you to skip long wait times to some of your favorite rides.

Dozens of attractions will be included in the $15 price.

Disney's website says: "When you take your day to the next level by purchasing Disney Genie+ service, you can select arrival windows for Lightning Lane entrances that are available at more than 40 attractions and entertainment across all 4 theme parks, one at a time throughout the day."

However, some top-tier rides (aka the most popular) will be part of a separate paid service called Individual Attraction Selection.

Each of the above attractions will have their own prices, which have not yet been released by Disney.

Guests who use purchase individual attraction reservations can only buy two rides per day, and they don't have to be in the same park.

That means, for example, you can ride Star Wars: Rise of the Resistance and Seven Dwarf's Mine Train on the same day. However, you are not allowed a third individual ride reservation for that same day.

Also, once you make an individual ride reservation, you will not be allowed to modify, change or cancel it, according to Disney.

So if you miss your Avatar Flight of Passage time slot, you will not be refunded.

Disney says you do not have to buy Genie+ to access Individual Attraction Selection rides.

That means if you want to ride Remy's Ratatouille Adventure and nothing else, you can just pay to ride that ride.

But don't fret, if you don't want to pay to ride any rides, traditional standby lines will still be available at all of the parks.