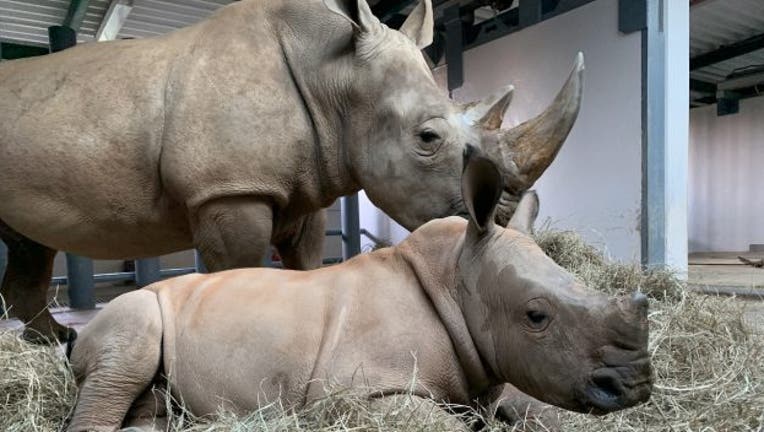 ORLANDO, Fla. - He officially has a name!

In October 2020, Walt Disney World announced that a baby boy rhino was born at Disney's Animal Kingdom. He and his mom, Kendi, are featured on the Disney+ original series "Magic of Disney’s Animal Kingdom," produced by National Geographic.

The Walt Disney World team has put together a video of the boy's important first milestones, including his official name.

The video revealed that his name is 'Ranger.'

The theme park company explained that the keeper team wanted the baby rhino to have a name with special significance, stating that "they wanted his name to honor the wildlife rangers who protect rhinos around the world."

RELATED: Disney World releases hours through the end of March

They also described Ranger as spunky and curious in nature.

"It has been a delight to see how much progress he has made as he in his development – from the close bond he has with his mom, to enjoying a good wallow in the mud, or zooming at objects with his budding horn," Walt Disney World said. "He is truly coming into his own and brimming with confidence."

Rhinos are reportedly the world’s second-largest land animal and among the most endangered animals in the wild due to poaching. The Disney Conservation Fund has given more than 75 grants and awards to rhino protection projects.