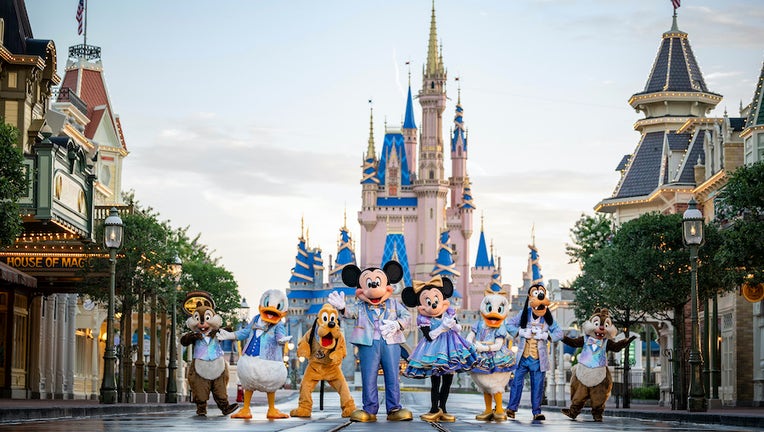 Beginning Oct. 1, 2021, Mickey Mouse and Minnie Mouse will host "The World’s Most Magical Celebration" honoring the 50th anniversary of Walt Disney World Resort in Lake Buena Vista, Fla. Mickey and Minnie will be joined by their best pals Donald Duck

ORLANDO, Fla. - As the busy summer season ramps up, Walt Disney World is getting ready to hire thousands of new cast members.

The ‘Most Magical Place on Earth’ will host an online hiring event from July 27–31.

"Whether cooking up delectable dishes or adding magical touches across the resort, each and every cast member has a special role in creating uniquely Disney experiences," Disney wrote in a press release. "Currently, a variety of jobs are available with starting wages ranging from $14 to $19 per hour, including culinary, food and beverage, housekeeping, custodial and more."

In addition, individuals hired for housekeeping and select culinary positions may be eligible for a hiring bonus of $1,000.

The mass hiring comes as the theme parks are getting ready for their 50th-anniversary celebration coming up in October. There are also many big plans around Disney that they need extra workers for with the anticipated openings of Star Wars: Galactic Starcruiser and Guardians of the Galaxy: Cosmic Rewind.