The visual phenomenon seen in the photo is the result of the moon eclipsing the sun at the same time that there was an inversion layer of unusually warm air in the Persian Gulf.

AL WAKRAH, QATAR - A photo shared by NASA of an unusual sunrise over the Persian Gulf went viral because of the sun’s uncanny resemblance to a pair of devil horns. 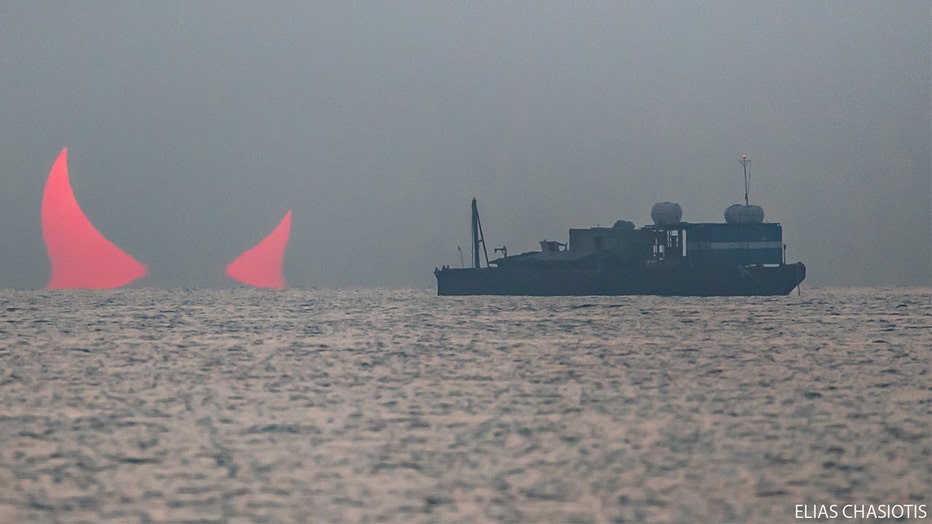 A photo snapped during a solar eclipse in the Persian Gulf shows the moon partially obstructing the sun, and many have noted that it looks uncannily like devil horns. (Photo by Elias)

The sunrise shot was snapped by photographer Elias Chasiotis, who initially posted the image to his Facebook page. He explained that he was on vacation in Al Wakrah, Qatar specifically to catch the solar eclipse that occurred on Dec. 26.

Chasiotis submitted the photo to NASA’s Astronomy Picture of the Day (APOD), where Dr. Robert J. Nemiroff, Professor of Physics at Michigan Technological University and an editor for APOD, found the image submission and posted it in a “focus group” on social media to see how people would react.

"Elias's image was quite popular, and it also demonstrated several interesting effects all at once: sunrise, eclipse, atmospheric optics and a common-looking boat that add scale and familiarity," Nemiroff said. "Elias and I then exchanged emails where he gave me more details."

The visual phenomenon seen in the photo is the result of the moon eclipsing the sun at the same time that there was an inversion layer of unusually warm air in the Persian Gulf. This warm air essentially functioned like a refraction lens, causing the mirage/mirror effect seen at the bottom of the "devil horns."

"The Earth's atmosphere created two images of the Sun as it was being partially eclipsed by the Moon," Nemiroff explained. "The relatively warm air over the Persian Gulf caused an image of the Sun and Moon to dip near it. A similar effect may occur when you are driving down a road in the summer. Then, the warm road ahead may seem wet. It is not really wet — you are just seeing a second image of the sky."

The common term for this kind of mirage is Fata Morgana, named after the fictional Arthurian character Morgan le Fay, who used mirages to lure sailors into traps.

Fata Morgana mirages could potentially be the source of the legend of the Flying Dutchman — sometimes the mirage effect is so strong, it can create the optical illusion that a ship is flying above the horizon.

Another APOD image that highlights this effect, shared on Feb. 23, 2009, shows the full moon stretched to an oblong shape above the horizon with a small portion of the moon’s image reflected and pinched. 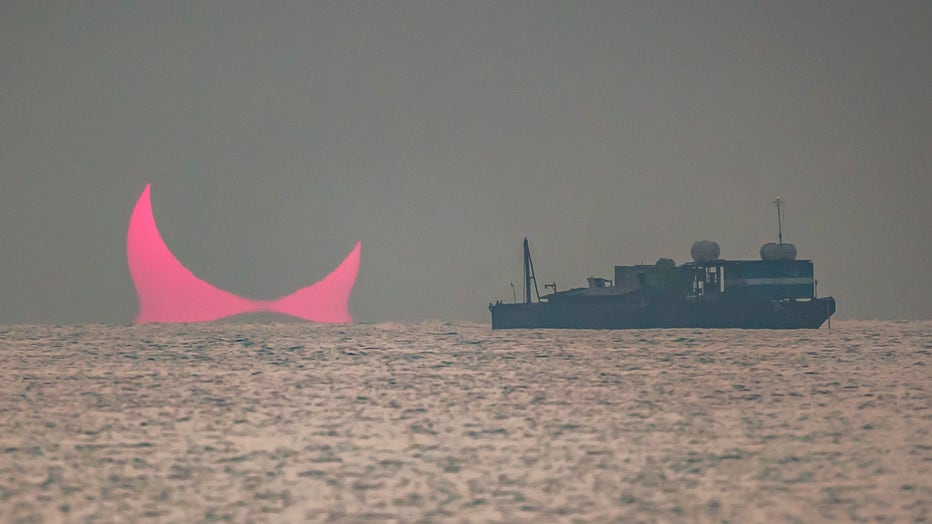 A layer of warm air in the Persian Gulf created the mirage effect at the bottom of the image. (Photo by Elias Chasiotis, courtesy of NASA's APOD) 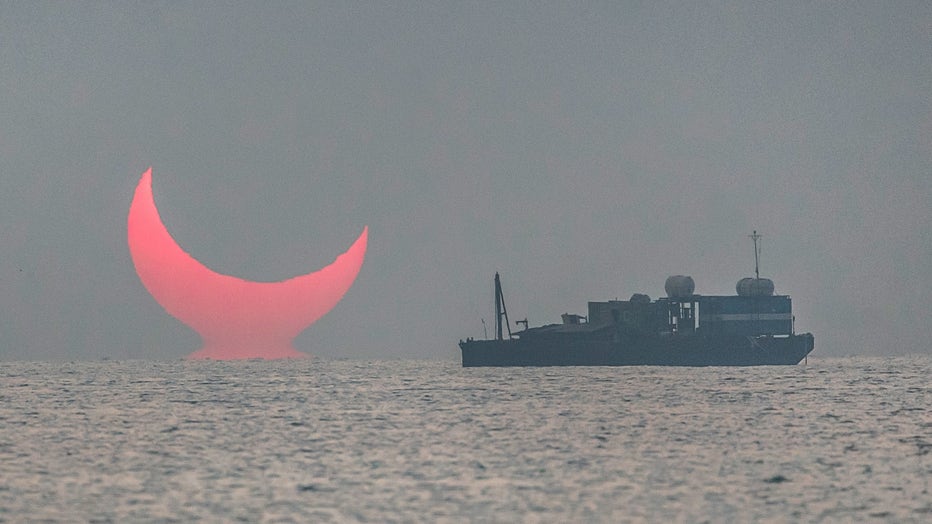 As the sun continued to rise above the horizon, the refracted portion of the image shifted, with the bottom red of the sun mirrored along the horizon. (Photo by Elias Chasiotis, courtesy of NASA's APOD)

Nemiroff said he was surprised to see the image go viral in the way that it did, adding that he did not think of the image as “devil horns” when he first selected and shared it. 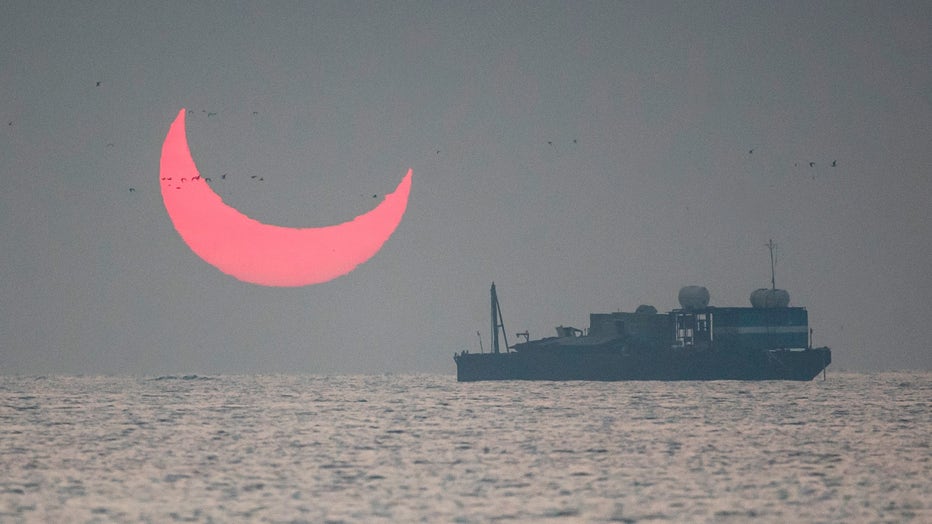 A final image shows the eclipsed sun high enough in the sky that it is unaffected by the mirror effect. (Photo by Elias Chasiotis, courtesy of NASA's APOD)

“However, it is common for APODs to become relatively popular when they feature images that can be interpreted as including common icons,” he said. As an example, he pointed to one of the most popular images shared by APOD in 2019 — the image of an aurora that garnered attention for its resemblance to a dragon.