ORLANDO, Fla. - The Florida governor's office has assured the state that Disney will not be passing tax burdens onto citizens.

Gov. Ron DeSantis' spokeswoman assured Floridians their taxes will not be affected by legal restructuring of the private governing body of Walt Disney World, the Reedy Creek Improvement District. The district has been unsure of what the repercussions will be from the legislation DeSantis signed to dissolve it in June 2023. 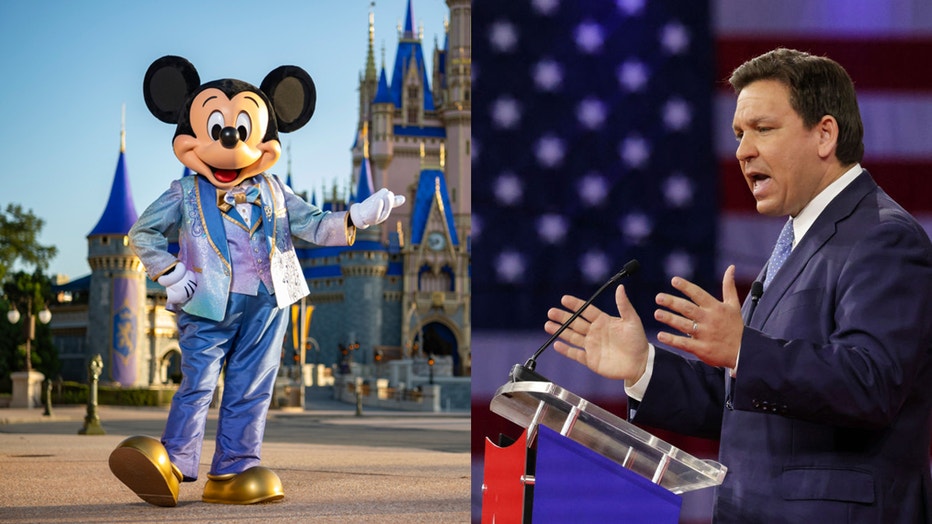 "As Governor DeSantis has said, Disney will pay its fair share of taxes, and abolishing the special district will not cause tax increases for the residents of any area of Florida," DeSantis's spokeswoman Christina Pushaw said in a statement on social media.

RELATED: Disney's private government in dark about effect of law dissolving it

The district, which was set up in 1967 and includes parts of two counties, can levy its own taxes and develop its own infrastructure. Its 2022 operating budget is more than $169 million, but how the needs of the area and its people will be met in the future is anyone’s guess at this point.

"Floridians, including residents of Orange and Osceola Counties, will not be on the hook," Pushaw said. "Do not fall for another partisan political lie being amplified by the media."

A recurring guess from critics of the legislation has been that neighboring counties will see spikes in taxes to account for nearly $1 billion in district debts. DeSantis has shrugged off such concerns, stating that there will be more legislation to address such issues.