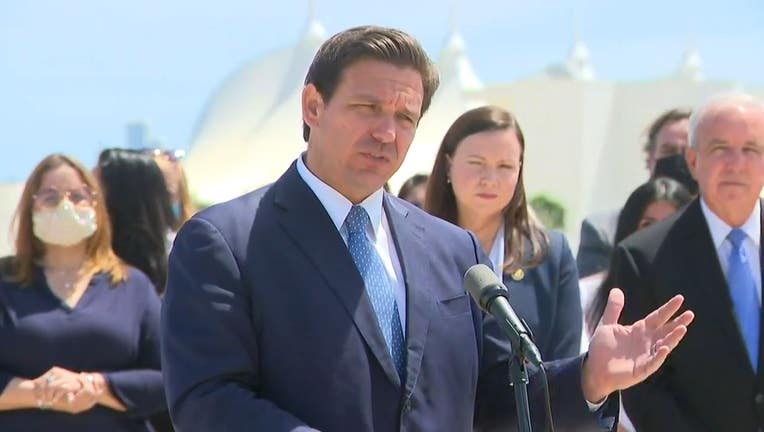 TALLAHASSEE, Fla. - Gov. Ron DeSantis signed on Thursday to a brief that calls for the U.S. Supreme Court to reject the landmark Roe v. Wade decision and leave abortion issues to states.

"The judicial constitutionalization of abortion represents an unwarranted intrusion into the sovereign sphere of the states," the brief said. "Returning to the states the plenary authority to regulate abortion without federal interference would restore the proper (i.e., constitutional) relationship between the states and the federal government. It also would produce positive results, including letting the democratic process work as intended, de-escalating tensions on this divisive topic, and allowing the states to serve as laboratories of democracy for establishing and implementing suitable abortion regulations based on the latest scientific knowledge."

Along with DeSantis, governors of Alabama, Arizona, Arkansas, Georgia, Idaho, Iowa, Missouri, Montana, Oklahoma, and Texas signed on to the brief.

The move by DeSantis drew criticism from Florida Agriculture Commissioner Nikki Fried, who is running for the Democratic gubernatorial nomination in 2022. Fried sent out a fundraising email accusing DeSantis of "joining the radical, far-right effort to overturn Roe v. Wade."