Dash cam video from WastePro shows the moment Volusia County Sheriff Mike Chitwood is hit by a vehicle while riding his bike in Port Orange.

PORT ORANGE, Fla. - Dash cam video from a witness appears to show the moment Volusia County Sheriff Mike Chitwood got hit by a car while riding his bike in Port Orange.

Paige Bergman, 20, was arrested on charges of leaving the scene of a motor vehicle crash involving serious bodily injury.

A driver with WastePro was driving down the road when he saw Chitwood on the ground.

"Bro, he just got hit on a bike," the driver says. 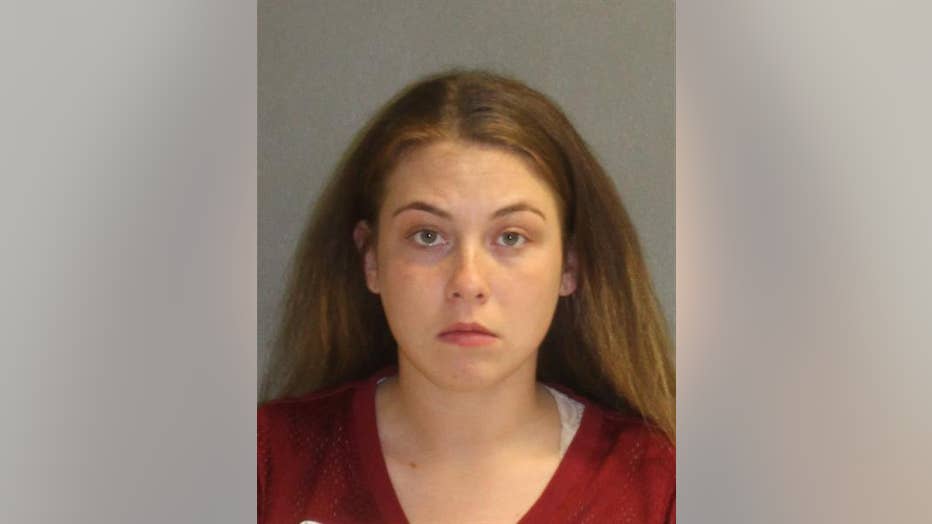 The driver then got out of his truck to assist Chitwood.

Police body cam video shows the arrest of Bergman. In the video, Bergman claims she hit a mailbox, A deputy tells her grandfather that it was more than that.

Volusia County Sheriff Mike Chitwood was hit by a vehicle while biking in Port Orange, the Sheriff's Office said on Thursday.

"She did not hit a mailbox. Do you want to know what she hit? Mike Chitwood. The sheriff," the deputy said.

According to the sheriff, Bergman later said she had been shopping on Amazon while driving.

The Volusia County Sheriff's Office said Chitwood was transported to the hospital with minor injuries but in good spirits.

In an update on Facebook, Chitwood said he does not believe Bergman had any intention of running him down.

TRENDING: Will there be a fourth stimulus check? What we found out

"That’s what a lot of distracted drivers say after they cause a tragedy. Just imagine if that had been a child or an elderly person on that bike, or if the car drifted a couple more inches to the right."

He went on to thank the driver who stopped to help him.

"To Allen Ramos, the WastePro truck driver who witnessed the crash, got it on video and pulled over to give me a hand: I will never forget what you did for me. There were several others who pulled over to help, too, and I appreciate each and every one of you."