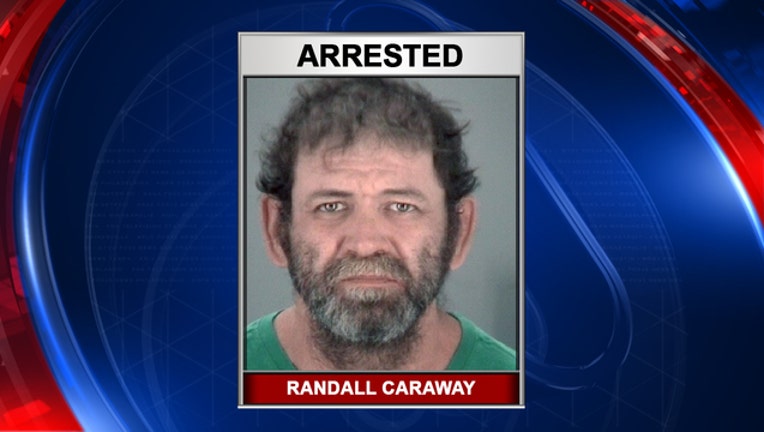 HUDSON, Fla. (FOX 13) - A Pasco County man was arrested after his 94-year-old mother was found in the fetal position on a couch covered in feces, according to sheriff's deputies.

Pasco County Sheriff's Office deputies went to Caraway's home July 24 after the elderly woman was taken to the hospital.

They say Caraway admitted he had not paid for rent or utilities in more than a year, despite receiving $1,250 a month for his mother's care, plus $650 for himself. Deputies said Caraway was unable to account for where the money went.

Deputies said Caraway also admitted his mother had not been bathed in about four weeks. They said the fecal matter looked like it was on the couch for "some time" and the house was "pungent with the aroma of feces."

In an affidavit, a deputy wrote there was a hole forming in the couch where the victim was found.

Investigators said hospital staff reported the victim had "fecal matter caked onto her skin" and the victim confirmed she had not been cleaned in more than a month. They said the woman's body was contracted into the fetal position as a result of not having moved in a while.

Caraway was taken to the Land 'O Lakes Jail. He was charged with neglect of an infirm, elderly, or disabled adult.