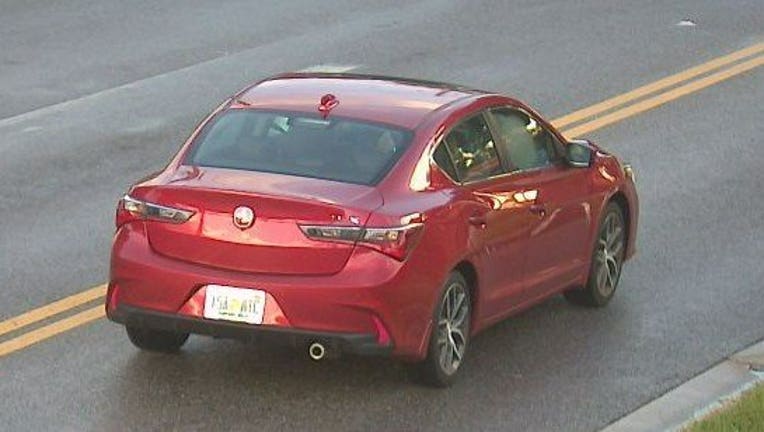 Deputies say two people, a man and a woman, armed with guns stole a red 2022 Acura sedan around 6 p.m. Friday night near Sherwood Terrace Drive off of Apopka-Vineland Road and Colonial Drive.

Detectives say the victim was taking items out of their car when one of the suspects pushed the victim into the passenger seat at gunpoint. The female suspect reportedly got in the back seat and restrained the victim from behind.

"The suspects pulled over about a mile away and made the victim get out of the car," the Orange County Sheriff's Office said.

The carjackers are described as a Black man in his mid-20's with a short afro, skinny build, and  5’10", wearing a black t-shirt and black shorts. The woman was a Black female, mid-20’s, wearing a light yellow hat or shower cap and carrying a pink umbrella.