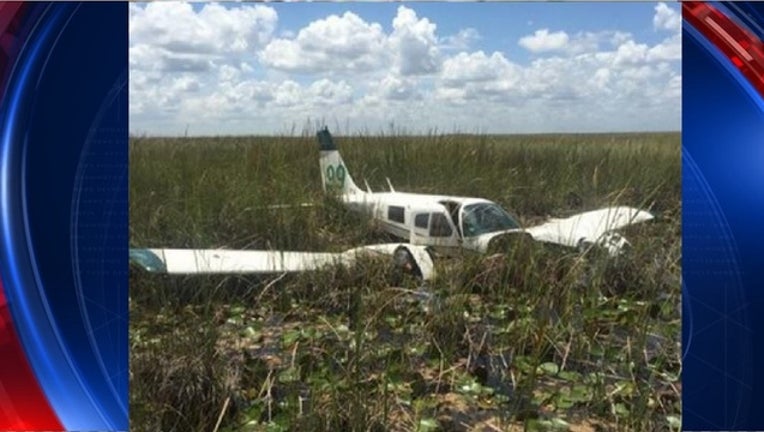 Broward Sheriff's Office Fire Rescue spokesman Mike Jachles says that the plane flipped over when its nose gear hit a swamp. He says the plane was carrying about 20 gallons of fuel.

Two passengers were aboard the plane when it crashed. They were not injured.