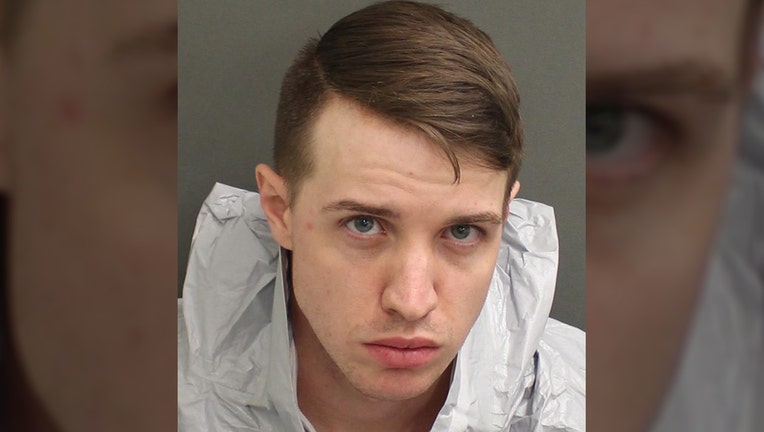 OCOEE, Fla. - A man was arrested after deputies said that he had sexual relations with a teen multiple times at a Florida park.

The Orange County Sheriff's Office said that Clayton Colborn, 28, was arrested on three counts of Lewd or Lascivious Battery and Traveling to Meet a Minor.

They said that on Tuesday, units were called to an Ocoee park at about 2:25 a.m. to investigate a suspicious vehicle. Two people, identified as Colborn and a 16-year-old, were said to have exited the vehicle and walked to the bathrooms. Deputies found them both upon arrival and a detective responded soon after.

Colborn, who is from Land O'Lakes, drove 89 miles to the park, the arrest affidavit said. He reportedly met the minor on a friendship app called 'Yubo.' The teen victim also is said to have told deputies that they had been messaging each other for about three to four weeks. They previously met in January at the same park, walked around, talked, and had sexual relations. The victim also reportedly confirmed that they had more relations during this second meeting.