A teenager is accused of grabbing a cat by its tail and flinging over cars. Kelvin Colon, 19, was arrested for one count of felony Cruelty to Animals.

ORANGE COUNTY, Fla. - A man was arrested for animal cruelty after video showed him flinging a cat into the air by its tail, deputies said.

According to the Orange County Sheriff's Office, Kelvin Colon, 19, was arrested for one count of felony Cruelty to Animals.

They said that Colon was filmed flinging a cat into the air by its tail.

An arrest affidavit said that the video showed the man grab a small black cat by the tail and then throw the small animal by the tail. 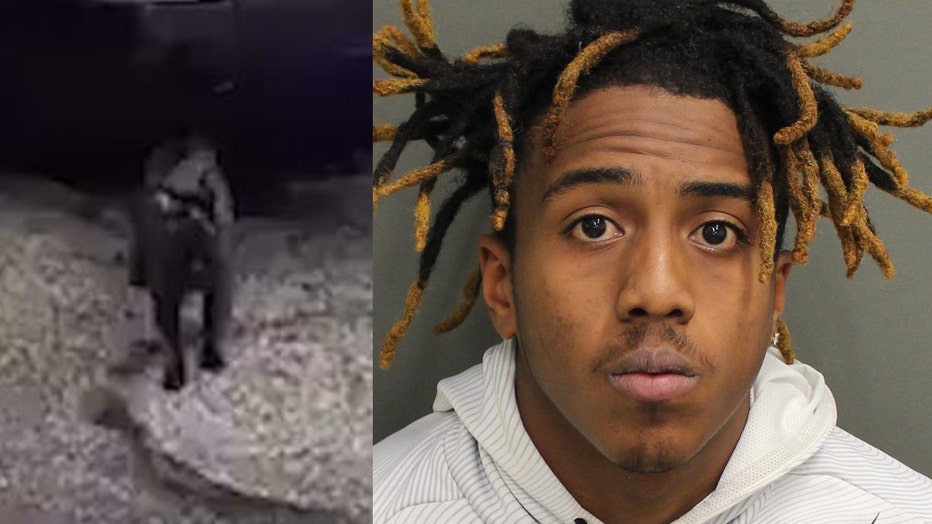 The cat reportedly traversed the span of several parking spaces, flipping end over end with legs stretched as it passed over two cars and rose to a height well above the suspect's head.

WARNING: GRAPHIC VIDEO AND LANGUAGE BELOW

With the help of the Orlando Police Department, an arrest was made on Tuesday morning.

"Cruelty to animals will not be tolerated," the sheriff's office said.

The arrest report said that when confronted with the video, Colon acknowledged his actions and apologized.

He stated that he knew what he did was wrong.

He said that the cat was not injured in any way.

Only FOX 35 News was there as Colon bonded out of jail Tuesday afternoon.

Before leaving, he apologized in front of our cameras.

"I didn’t do it with the intention to hurt the cat. I was just trying to be funny, and I didn’t mean to do anything like that, you know, so I’m sorry to everybody," he said.

Meanwhile, detectives said it was no laughing matter.

"Animal cruelty isn’t funny in any realm of the world," said Sgt. Al Giardiello, with the Orange County Sheriff's Office.