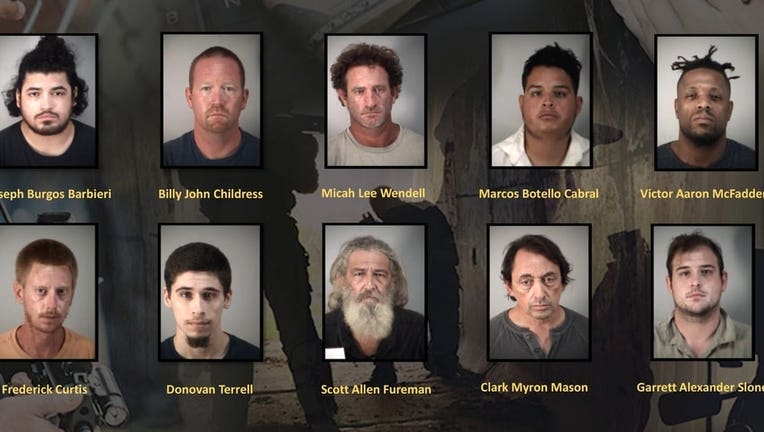 The sheriff's office intelligence unit conducted the operation over a 4-day period. During that time, they targeted those who they say attempted to meet children online for sexual activity.

"Detectives conducted the operation from an undisclosed location, during which they posed online as either a 13- or 14-year-old child," the sheriff's office said. "The subjects traveled to a predetermined location with the intent to have sex with whom they thought was the child and were taken into custody upon arrival."

Scott Allen Fureman of Leesburg, Frederick Curtis of Eustis, and Billy Childress of Sorrento were among those arrested during the operation. Detectives say they are all registered sex offenders.

"These arrests illustrate the importance of continuing these operations to protect our children," said Lake County Sheriff Peyton Grinnell. "Parents need to know who their children are communicating with on the internet."