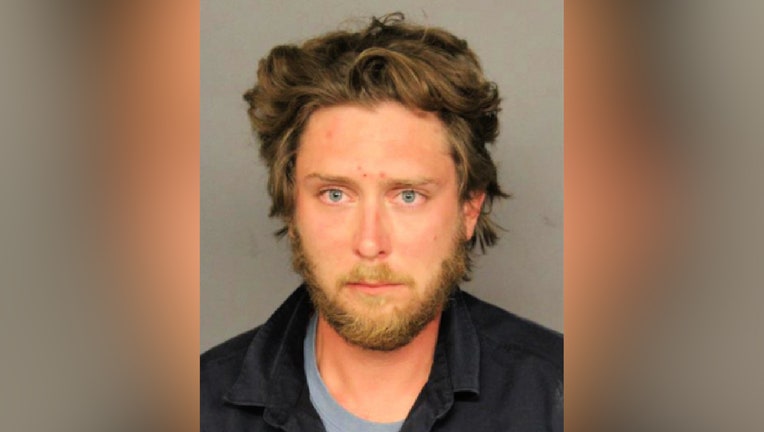 The charges in the death of Lee Keltner, 49, were filed to the district court against Matthew Dolloff, 30, who was protecting a KUSA-TV producer at the time of the incident.

The next hearing is set for Wednesday morning, according to the district court clerk’s office. No attorney has been listed for Dolloff yet in court records.

People convicted of second-degree murder face a mandatory sentence of between 16 and 48 years in prison.

William Boyle, a lawyer for Keltner’s widow, said Friday that he thinks the evidence available supports a second-degree murder charge.

Under Colorado law, second-degree murder is defined as knowingly killing someone but without the deliberation prosecutors are required to prove in first-degree murder cases. 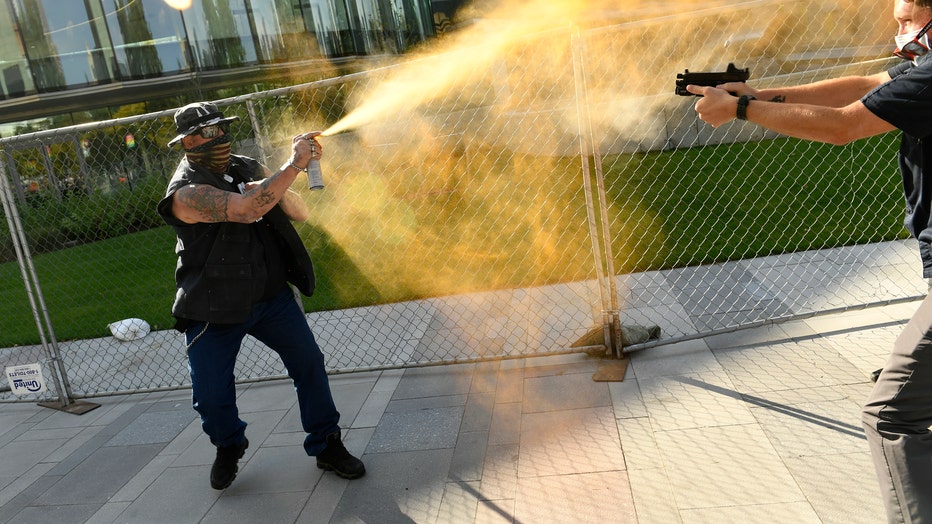 DENVER, COLORADO - OCTOBER 10: A man sprays mace as another man fatally fires a gun in Denver, Colorado, on October 10, 2020. The man on the left side of the photo was supporting the "Patriot Rally" and sprayed mace at the man on the right side of th

Boyle said he has reached out to KUSA-TV, Pinkerton and Isborn Security, the security company that said it hired Dolloff for the work as a contractor to Pinkerton, seeking more information about their actions. He said he did not immediately hear back from them and that a lawsuit against any entity involved in allowing Dolloff to work without a license was a possibility in order to “open a conversation.”

“We are just trying to find out exactly what happened, why it happened and who is responsible for creating the situation that resulted in Mr. Keltner’s death,” he said.

Police say Keltner was in a verbal dispute with a 27-year-old man as the rallies broke up Saturday when Dolloff and a 25-year-old person got into an altercation with Keltner.

PREVIOUS: Suspect in deadly shooting at Denver protest was a security guard and police say he was not Antifa

Keltner slapped Dolloff in the head and Dolloff pulled out a semiautomatic handgun and shot Keltner as Keltner discharged pepper spray at him, police said in an arrest affidavit.

A cellphone video taken by KUSA’s producer suggests that Keltner was upset that his dispute with the first man was being recorded by cameras.

It shows Keltner in a confrontation with a man wearing a T-shirt that read, “Black Guns Matter.” A bystander is trying to defuse the argument, which occurred after a “Patriot Muster” demonstration and “BLM-Antifa Soup Drive” counterprotest downtown.

The video then shows Keltner, holding a spray can, walking out of view. A man’s voice — it’s unclear if it’s Keltner — is heard saying the area was no place for cameras.

“Get the cameras out of here or I’m going to f—- you up,” the unidentified man says. Keltner and Dolloff are then shown scuffling before the video stops.

The producer resumes filming after the shooting and tells arriving police that he is with the press and says of the man who was shot, “That guy was going to get me.” He also says the security guard shot Keltner because Keltner used mace.

Someone out of view can also be heard saying “he’s got magazines in his coat” but it is not clear who the person is talking about.

Police said they found two guns but they have not explained who they belonged to.