The updated CDC guidelines, announced on March 19, signal the agency’s turn away from the 6-foot distancing recommendation.

DENVER - Denver Public Schools is aiming to cook 100% of its school meals from scratch for the more than 90,000 students it serves.

To help meet this goal, the district partnered with Brigaid, a startup that partners with K-12 school districts and other institutional kitchens to support and enhance the quality of their nutrition programs.

Brigaid launched its first pilot program in 2016 in New London, Connecticut, and has since worked with several East Coast schools — including the nation’s largest district in New York City. The company is hiring 12 professional chefs to bring their culinary expertise to Denver Public Schools’ food service operations, according to DPS spokesperson Winna Maclaren.

In a job posting, Brigaid described the Denver project as "its largest scale project yet" that will begin in August.

"DPS is driven to elevate its already ambitious scratch cooking program (they bake their own breads!) and their talented teams into the model for exemplary school meals nationwide," the job posting states. "DPS wants to be THE place for school food innovation and quality, and we are looking to hire 12 motivated, talented chefs who can share our passion and excitement for the mission of this groundbreaking project and the hard work it will require." 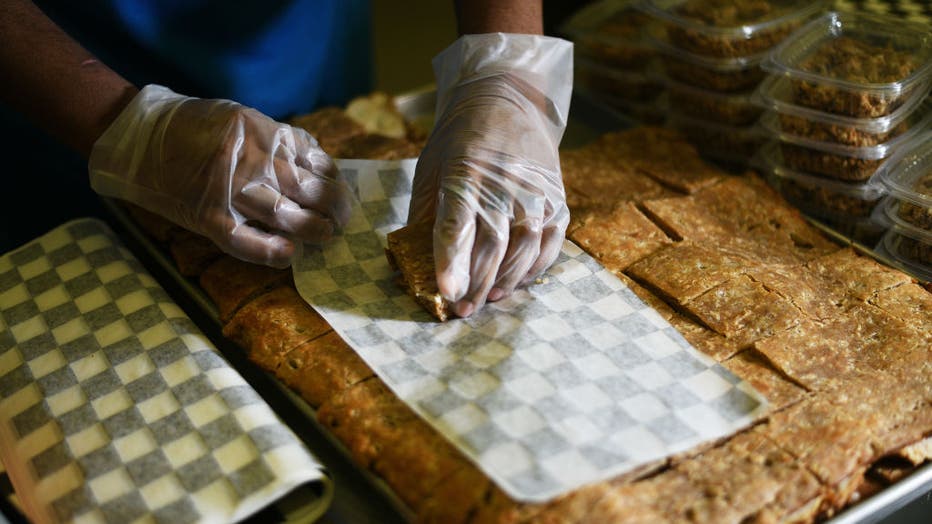 FILE - A cafeteria worker prepares chicken biscuits at a school in Alexandria, Virginia, on Dec. 18, 2019. (Astrid Riecken For The Washington Post via Getty Images)

Brigaid founder Dan Giusti told local news outlets that most of the chefs hired come from the restaurant industry.

The chefs, who must come with at least three years of professional cooking experience, will be assigned a cluster of schools and will help each of those teams with kitchen organization, food safety practices, fundamental culinary techniques, as well as "high quality service and meal presentation standards," among other responsibilities.

Each day, DPS serves some 31,000 breakfasts, 44,000 lunches and 9,000 snacks, all of which must follow National School Lunch Program and Department of Health guidelines and regulations, according to the district’s website.

Nearly 62% of the district’s 90,296 students who were enrolled as of October 2020 were eligible for free or reduced-price lunch.