Multiple vehicles involved in crash on I-57 in Missouri

Dense fog caused a major crash on I-57 in Missouri Thursday morning, resulting in multiple fatalities and injuries. (Credit: KFVS-TV)

CHARLESTON, Mo. - Multiple people were killed and injured in a weather-related crash involving dozens of semi-trucks and vehicles Thursday morning in Missouri. 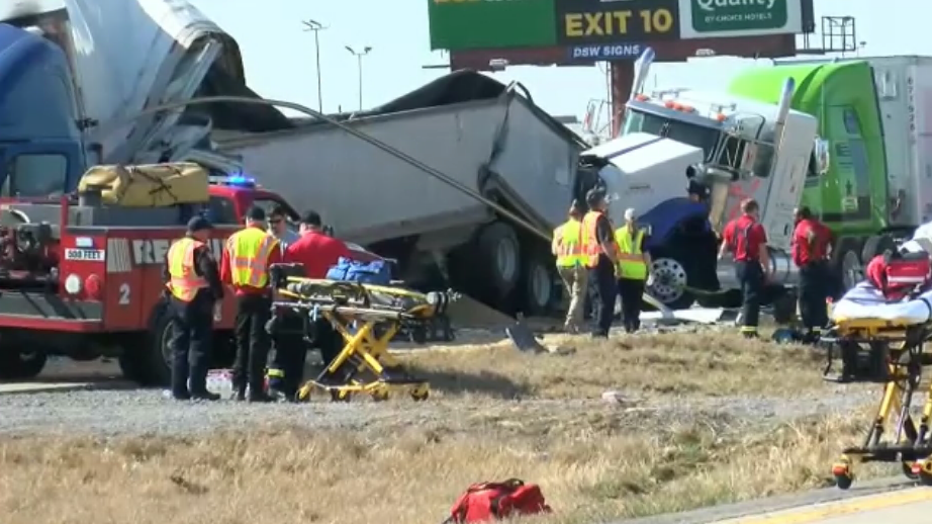 Conditions were extremely foggy," Zach Bolden, the director of Mississippi County EMS, told KFVS-TV. "We believe someone hit their brakes and someone else ran into the back of them, triggering a chain reaction."

Up to 25-50 vehicles were involved in the crash, many of them semi-trucks. Some of the trucks caught fire in the aftermath. 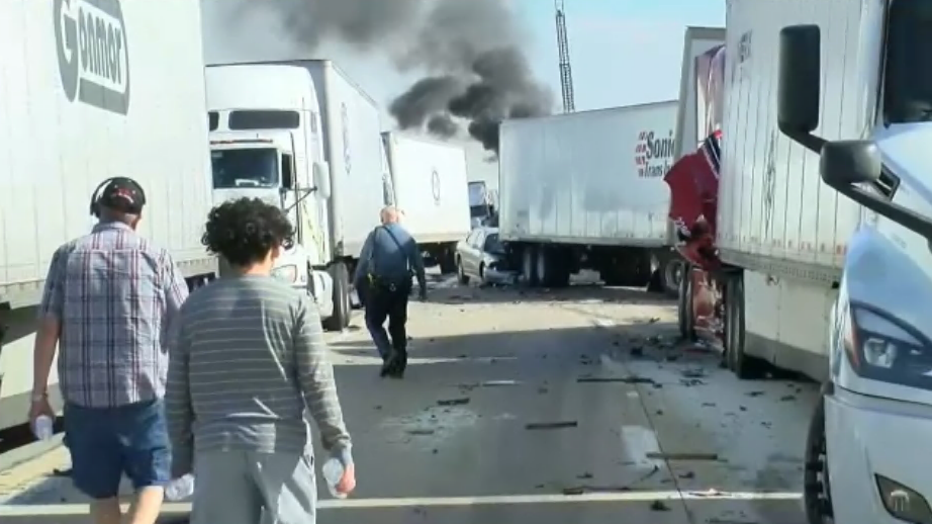 Officials are still determining the exact count of the dead and injured, but medics found plenty of "walking wounded" when they arrived on the scene.  Some have been rushed by ambulances to nearby hospitals while at least one person was flown by medical helicopter.

Hazardous material crews are on the scene checking for any dangerous spills. 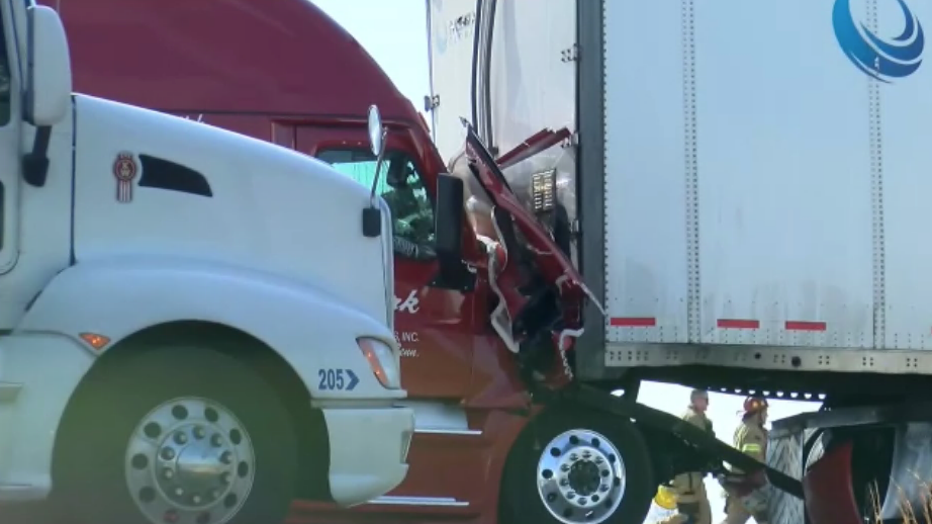 Crews say it will take "several" hours to clean up the crash site.

In the meantime, officials say to take it slow if you find yourself inside a dense fog bank.

RELATED: I-95 reopens after 3 killed in 17-vehicle pileup

"Drive slow and cautiously, turn headlights on, your flashers on, or pull over," Bolden said.

You can find more updates on this story at FOXWeather.com.