Deltona Middle School's Robotics Team is state championship bound. The seven team members have set up a GoFundMe account to help cover lodging, food and gas for the trip.

DELTONA, Fla. - The moment Deltona Middle School's "Charging Chaos" Robotics Team found out they were state championship bound, was a sweet one.

"We were very shocked. Like really shocked, surprised that we made it. It was just amazing that we qualified to make it," Charging Chaos team captain Elizabeth Macdonald said.

But between hotel, food, gas and miscellaneous items, the seven team members are shelling out thousands of dollars for this three-day trip.

So far, they've found ways to cover the costs for now. But they need reimbursement.

That's why they have set up a GoFundMe page.

"This was definitely an unexpected glorious surprise. But knowing that no one has made it to state, it is not within Deltona Middle School’s budget, between regionals and states was only about three weeks," team coach Tanya Naylon said. 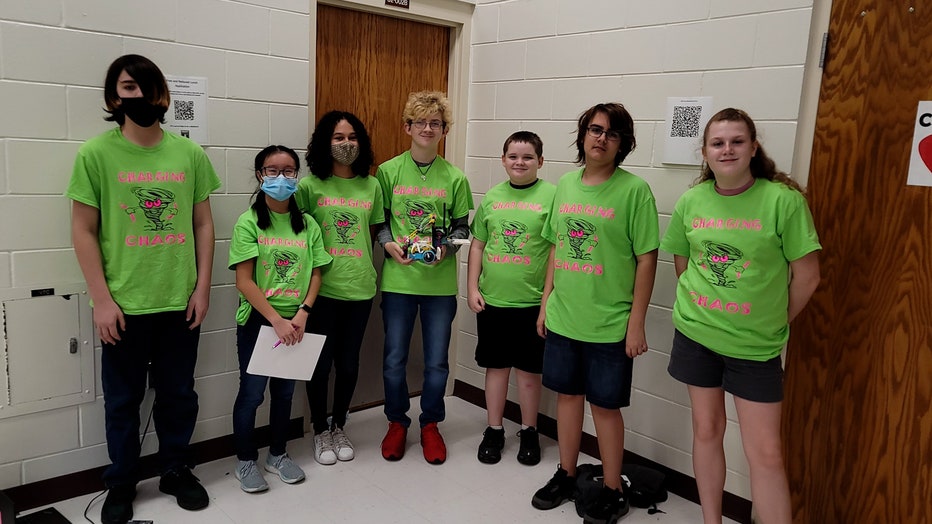 Deltona Middle School is considered a "high need," Title I school, where many of the students are economically disadvantaged.

But this robotics season with this team is special.

"It proves that money is not everything, and it’s within the will and drive of these kids. I’m proud of what their passion and will and drive are able to do," Naylon said.

Charging Chaos begins competition on Friday, where they'll be problem-solving and coding for the next two days.

You can find their GoFundMepage here.