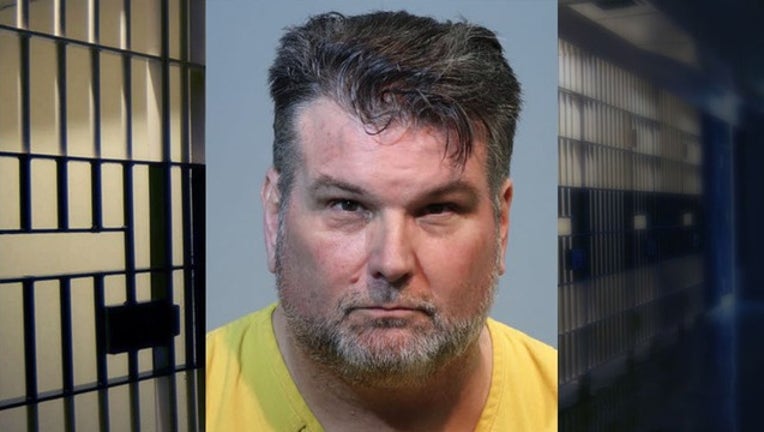 WINTER PARK, Fla. (AP) - A Christian radio co-host accused of repeatedly raping a girl at his church has hired as his defense attorney a man who later dated the alleged victim.

The 59-year-old Rev. Bryan Fulwider pleaded not guilty Thursday to 30 counts of child sexual abuse, which allegedly began when the accuser was 14 in 2005 and lasted until 2010.

A judge is now weighing whether to remove one of the pastor’s defense attorneys, Jacob V. Stuart Jr. According to the Orlando Sentinel, the woman’s lawyer, Lisabeth Fryer, filed a motion Tuesday to have Stuart dismissed because, among other things, Stuart was in a romantic relationship with her client for two years.

Stuart’s could be called as a witness, and has conflicts of interest that violate the Florida Crime Victims’ Bill of Rights and rules of professional conduct for Florida attorneys, the motion says, arguing that Fulwider never should have hired him.

“The defendant created this conflict. Defense counsel has perpetuated it,” the motion said. “The victim is now respectfully asking this court to stop it.”

Stuart filed a petition to strike Fryer’s motion, and issued a statement late Thursday denying any wrongdoing. Stuart described his own relationship with the woman as “brief and casual.” He wrote that Fulwider has been his spiritual advisor for nearly 20 years and has been involved in many of his family’s weddings and baptisms.

“More details will be provided at the appropriate time but I want to make clear that there is no conflict of interest in my representation of Reverend Fulwider,” it said.

Circuit Judge Elaine Barbour said Thursday that she would rule later on the motion to dismiss Stuart, and would decide on Fulwider’s bail later after listening to a phone call Winter Park Police recorded between Fulwider and the woman. Police said the pastor admitted during the call to having a sexual relationship with the then-teenager, according to an affidavit obtained by the Sentinel. Police said Fulwider told her he loved her, and that it would be best for him if she told authorities there was no truth to the allegations.

The affidavit indicates that much of the abuse happened at the First Congregational Church in Winter Park, where Fulwider preached from 1999 to 2012. Authorities have said the woman attended the church when she was a child.

When asked by the woman if she could possibly be found at fault, the affidavit says Fulwider responded: “It would be as if I was a predator and you were victimized by me.”

Fulwider also is being represented by attorney Chris Kaigle. He said he had not listened to the recording as of the Thursday bail hearing, but he described the apparently incriminating statements as only “snippets” of a 53-minute call.

Fulwider has been one of three co-hosts, with a rabbi and an imam, of the “Friends Talking Faith” radio show broadcast in Central Florida.