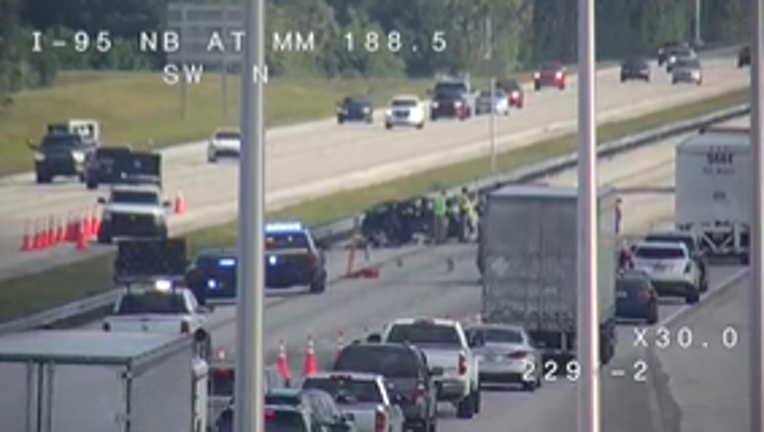 Troopers say a Nissan Altima was headed north on I-95 at mile marker 189 near Viera. The driver, for unknown reasons, went off-road and hit the guardrail causing it to flip over coming to a stop in the inside lane.

A passenger-by who was going the opposed way stopped to help the driver after seeing the crash.

That's when troopers say an oncoming Honda Civic that was in the northbound lanes ran into the crashed vehicle.

The second crash caused the driver of the original crash to become ejected and the good Samaritan who attempted to help him was struck by debris.

All three people, the driver of both vehicles and the good Samaritan, were taken to the hospital according to FHP.

The driver of the Altima was later pronounced deceased.

I-95 northbound is closed to one lane as the wreckage is being cleared.