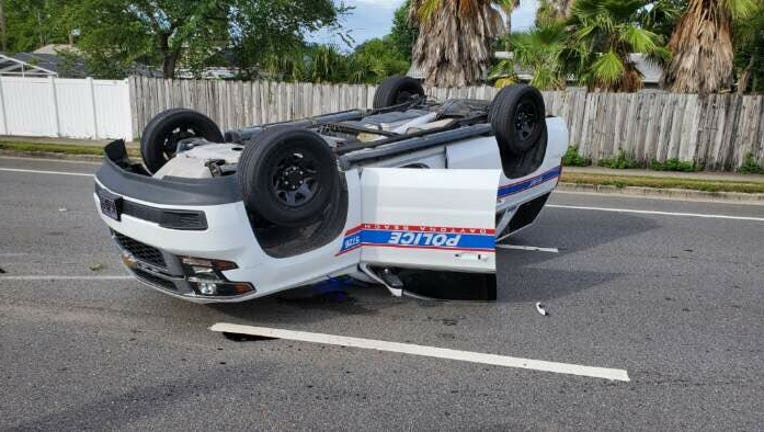 DAYTONA BEACH, Fla. - The Daytona Beach Police Department said an officer and his K-9 partner are OK after their police vehicle flipped over during a chase.

He said in his tweet that the overturned police SUV "is the result of an authorized pursuit of a fleeing felon that occurred on North Nova near Sixth Street."

Young said the suspect was taken into custody.