SpaceX provided a ride into space for NASA's DART mission, the first attempt to test out an Earth protection plan from asteroids by crashing a spacecraft into one.

NASA is two weeks away from intentionally crashing a spacecraft into an asteroid, and scientists believe the visuals sent back from the impact will be worth the wait.

On Sept. 26, the Double Asteroid Redirect Test spacecraft, known as DART, will be used as a battering ram to crash into an asteroid not far from Earth.

DART recently got its first look at Didymos, the double-asteroid system that includes its target, Dimorphos. 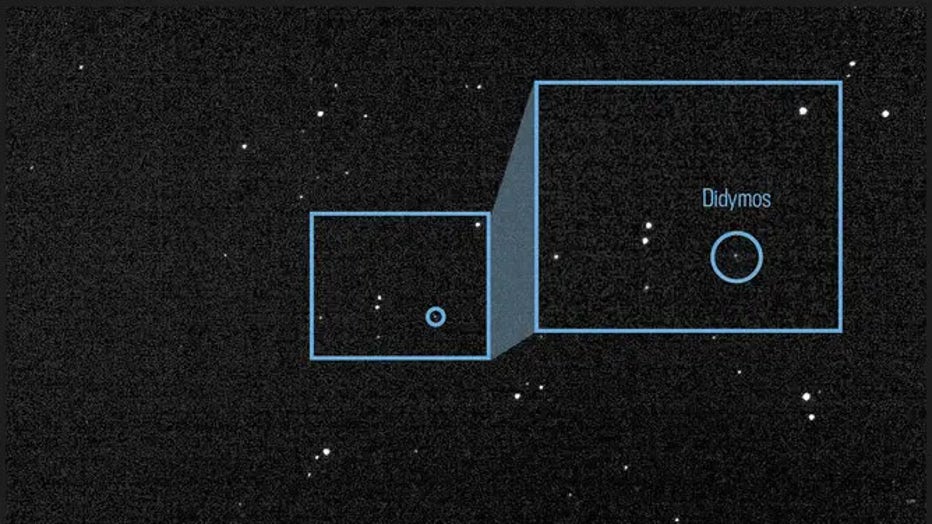 This image of the light from asteroid Didymos and its orbiting moonlet Dimorphos is a composite of 243 images taken by the Didymos Reconnaissance and Asteroid Camera for Optical navigation (DRACO) on July 27, 2022. (NASA JPL DART Navigation Team / FO

An image taken from 20 million miles away showed the Didymos system quite faint. Still, once a series of images taken by Didymos Reconnaissance and Asteroid Camera for Optical navigation (DRACO) were combined, astronomers could pinpoint Dimorphos' exact location.

DART's camera continues to send back images of Didymos as it feeds images to the spacecraft's algorithm to steer the spacecraft as it moves closer to the moonlet. It uses a navigation system called the Small-body Maneuvering Autonomous Real-Time Navigation or SMART Nav to guide itself.

About 8 hours before impact, the team hands over control to the SMART Nav system as they "pat it on the head and tell it good luck," Rivkin said. 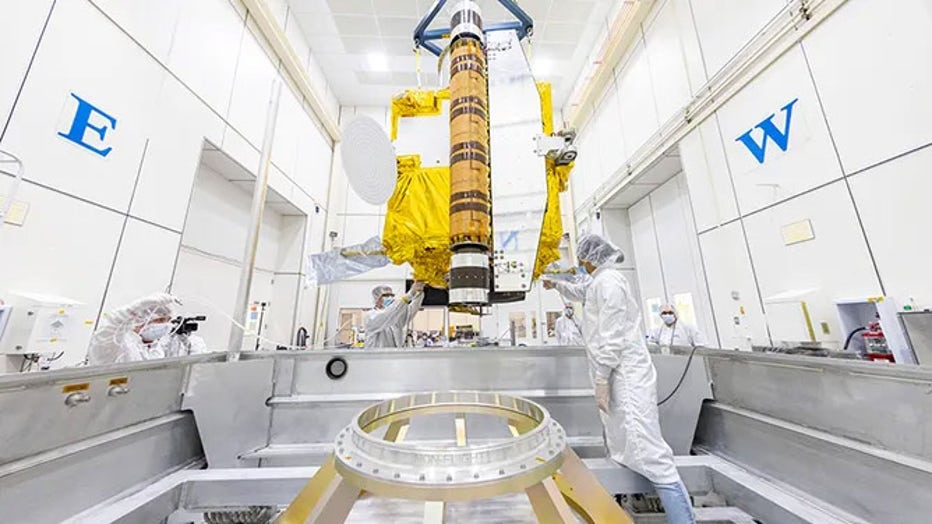 Inside a clean room at Johns Hopkins APL, the DART spacecraft was moved into a specialized shipping container that headed across the country to Vandenberg Space Force Base near Lompoc, California, where DART is scheduled to launch from in November. C

In the final hours, DART selects the impact site and steers itself down. It will continue to send back images until it can no longer.

"It's going to start off as a little point of light, and then eventually it's going to zoom in and fill the whole entire field of view of the images that return. You'll be able to see things that can be centimeters pixel, and these images will continue until they don't. So that'll be a pretty definitive look into the final moments of the DART spacecraft," DART coordination lead Nancy Chabot said.

Scientists say DART's success will ultimately depend on its ability to see and process images of Didymos and Dimorphos to guide the spacecraft toward the asteroid, especially in the final four hours before impact. At that point, DART will need to self-navigate to impact successfully with Dimorphos without any human intervention. 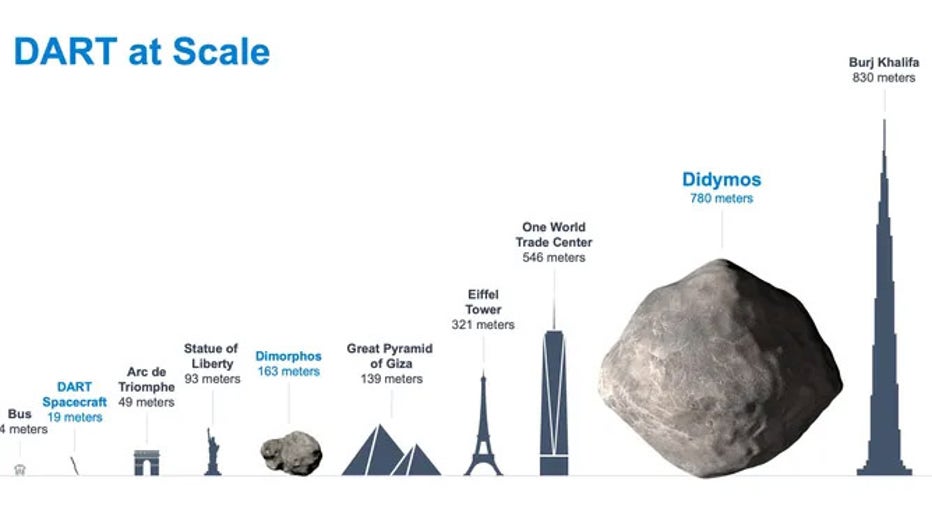 "These images come back to Earth at one per second, and the plan is to broadcast them live on the NASA TV broadcast. And like I said, these will be pretty stunning," Chabot explained.

And once the impact happens, scientists will use satellite and ground-based telescopes to see if their plan worked.

Toaster-size satellite to send back pictures 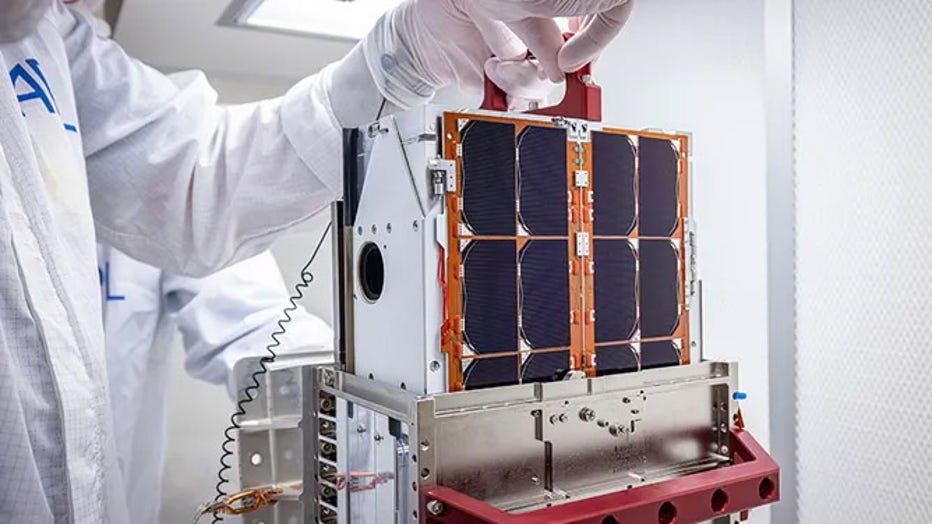 On Sunday, DART deployed a tiny satellite from the Italian Space Agency called LICIACube to record the collision and the aftermath.

LICIACUbe is about the size of a cereal box and has two cameras nicknamed after "Star Wars" characters: LUKE (LICIACube Unit Key Explorer) and LEIA (LICIACube Explorer Imaging for Asteroid).

LICIACube will then fly past Dimorphos around three minutes after DART's demise to capture images of the impact's effects.

"I'm very excited that it's out there and flying because we want to see some amazing pictures, some of the last pictures of stars right there from that little CubeSat. That is a technology that something like 10, 15 years ago seemed crazy to be used in that context," NASA associate administrator Thomas Zurbuchen said Monday. 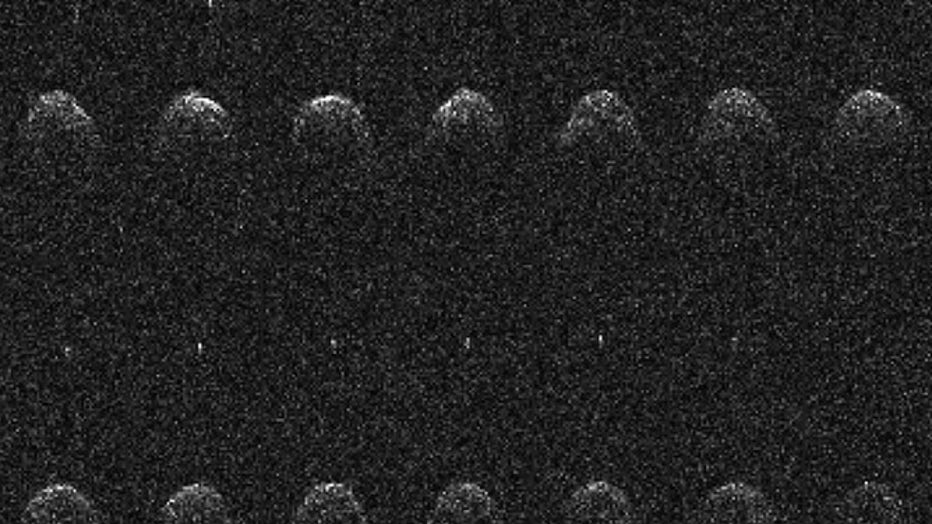 Meanwhile, the James Webb and Hubble space telescopes will observe the asteroid system and measure the change in Dimorphos' orbit around Didymos.

Once DART impacts Dimorphos, it'll change its orbit within the binary system. The DART Investigation Team will compare the results of DART's kinetic impact with Dimorphos to highly detailed computer simulations of the kinetic effects on asteroids.

After impact, the investigation team will measure how much the asteroid is deflected using telescopes on Earth.

Telescopic observations, images captured by DRACO, pictures of the impact from LICIACube and data later collected by the European Space Agency's Hera mission will help scientists build more accurate models to better prepare should a future asteroid impact threat ever be discovered.

NASA plans to hold live coverage of DART's impact with the asteroid Dimorphos on its website and social media channels.

LINK: READ MORE ON THIS STORY AT FOXWEATHER.COM